O’Reilly serverless survey 2019: Concerns, what works, and what to expect

O’Reilly survey results indicate demand for serverless will grow in the near term as a worthwhile infrastructure option for many organizations. 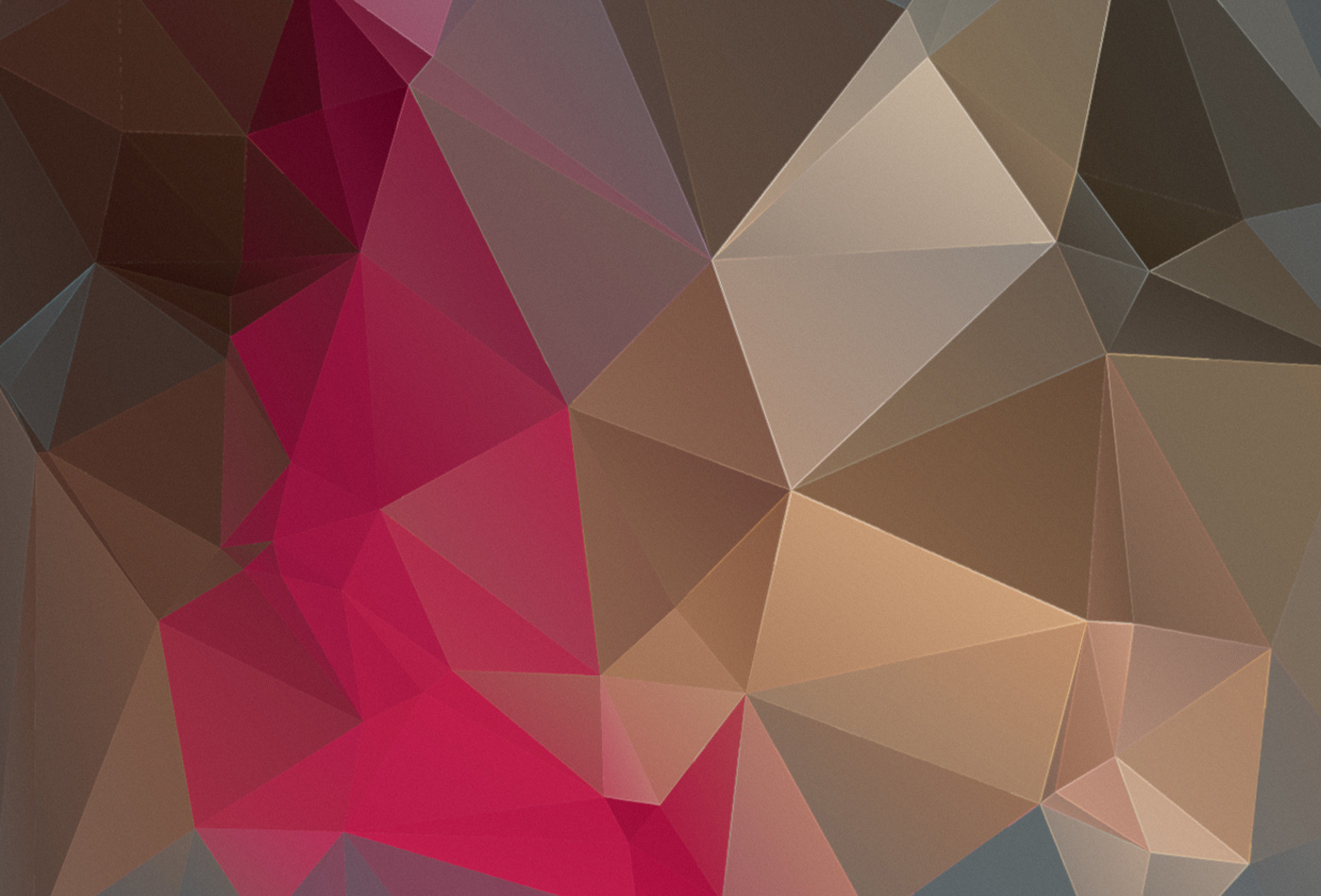 For the inaugural O’Reilly survey on serverless architecture adoption, we were pleasantly surprised at the high level of response: more than 1,500 respondents from a wide range of locations, companies, and industries participated. The high response rate tells us that serverless is garnering significant mindshare in the community.1

Key findings from the survey include:

What respondents do and where they work

Looking at the role distribution among respondents, we see that those exploring and using the serverless paradigm are not confined to a single role. We suspect this points to a general drift toward software teams taking more responsibility for infrastructure, and increasingly, enabled by serverless options.

More than a fifth of the respondents work in the software industry—skewing results toward the concerns of software companies, and helping explain the preponderance of those with software engineering roles.

Finance and banking, the vertical with the second highest share of respondents, may include the growing number of fintech startups that, with no burden of legacy infrastructure, could be more open to evaluating serverless over traditional options.

About two-thirds of survey respondents work in companies of 100+ employees. Around one in five work at companies of 10,000 or more employees. This means the types of companies considering or adopting serverless are not just tiny startups with little technical debt or overhead, but large companies as well.

How organizations view their adoption of serverless

Approximately 30% of respondents have adopted serverless within the past year, and that is less than the over 50% who adopted serverless between one and three years ago. The gap may be due to respondents from major software companies and other technology-focused industries having explored serverless as an infrastructure option in its early days, and these organizations are historically faster to experiment with and adopt emerging paradigms.

A related point: the rise of the serverless paradigm coincides with what we’ve referred to elsewhere as “Next Architecture.” As the uncommitted respondents (again, 60%) grapple with issues surrounding the main components of Next Architecture—decomposition, containers, the cloud, and orchestration—serverless adoption would seem poised for considerable growth in the next 12 to 18 months.

More than two-thirds of respondents deemed their organizations’ adoption of serverless at least “mostly successful.” That overall pattern of success, at least for those respondents, shows that serverless has moved beyond a fad to become a substantive and viable infrastructure option. Stories of serverless success can help motivate non-adopters to more intensely evaluate how serverless might fit their infrastructure needs—the early adopters blazing a trail for those in more cautious organizations. We expect growing momentum for serverless, even as the challenges associated with adoption become more clear.

The contrast between organizations with the most and least time with serverless shows that experience appears to pay off. Serverless requires time and experience to resolve the tooling, data protection, and operational challenges that adopting serverless creates.

When asked about the benefits of adopting serverless, there were some stand-out issues. “Reduction of operational costs” was the No. 1 reported benefit. Rather than buying racks and racks of servers that need to handle the maximum potential traffic and be idle most of the time, it seems that serverless’ method of paying by compute is proving to be beneficial to the bottom lines of organizations.

This likely goes hand-in-hand with the second most popular reason for adoption: “scales with demand automatically.” Instead of planning for average or maximum usage, you can deploy serverless and it will scale to current usage. You only pay for what is used. This scaling takes away the worry from random and unexpected traffic spikes or big seasonal traffic.

The third stand-out issue was “no server maintenance.” As noted earlier, the majority of survey respondents are software engineers. These are not system administrators whose job it is to worry about keeping software patched, secured, and managed. When those details are the responsibility of the serverless provider, a software engineer’s time is freed up to focus on a wider range of tasks and roles.

When we add experience level to the serverless benefit results (Figure 9), we see that “reduced engineering lead time” and “reduced development costs” were more significant benefits for companies that have been working with serverless for more than three years. This further reinforces that it takes time to start seeing significant cost benefits with serverless.

“Educating current staff” was the No. 1 concern among respondents whose organizations have adopted serverless. That makes sense: with serverless being relatively young, formal training is difficult to find, specific documentation must be generated, and case studies to learn from—while growing—are harder to come by. In addition, organizations sometimes discover that success requires custom features. These features evolve quickly as vendors vigorously compete to attract and retain customers—making up-to-date formal training difficult to maintain.

The second biggest challenge was “vendor lock-in.” Writing code for one vendor platform does not make it portable or simple to move elsewhere. Because serverless is a nascent space, it seems the market is waiting to see how the issue of portability among vendors plays out.

“Integration/testing is harder” ranked as the third biggest worry, noted by 30% of respondents. Testing is more complex and labor intensive for serverless architectures, with more scenarios to address and different types of dependencies (e.g., latency, startup, mocking, etc.) changing the integration landscape—at least for now. We expect these testing issues to mostly resolve as serverless gains traction and new engineering practices that make testing easier emerge.

The teams and tools that manage serverless

DevOps and serverless seem a natural match, so it’s no surprise to see DevOps teams as the top choice among respondents for managing serverless implementations. Deploying containerized services on serverless architectures and orchestrating those services with Kubernetes fits into existing DeOps practices.

That teams associated with software development hold the next three positions for managing serverless also makes sense. Serverless presents a conceptually simpler path to deploying software for those in development roles with no need to manage servers and storage. Not that serverless is simple: survey respondents note many challenges (see Figure 10), and those in software roles need to develop the chops required to deploy on serverless infrastructures—including knowing when those infrastructures are appropriate for their applications.

The results in Figure 12 reflect what we know of the cloud market and mirror what we found in our cloud native survey from earlier in 2019. Amazon’s early-to-market serverless offering and dominant market position has given them a functional leg up on their primary rivals in the cloud market. However, both Microsoft and Google have ramped up their own serverless offerings and likely retain whatever market differentiation they’ve already developed in the wider cloud market—i.e., customers who already like and use Azure or Google Cloud Platform are likely to find the same advantages hold with Azure Functions and Google Cloud Functions.

“Custom tooling” ranked No. 1 in tools used. This could mean there’s a market for standardizing or improving existing tools, getting companies to either migrate away from their in-house tools, or to convince new customers to avoid spending the time to build something custom. It could also mean that current tools are not addressing everything needed to properly manage and deploy to serverless infrastructure.

Another thing to consider is that respondents had the option of checking all the tools that apply. Custom tooling could simply be a shell script or cron job that is unique to a build process, but starts a chain of existing tools provided by various vendors.

Turning to the 60% of respondents whose organizations have not adopted serverless (Figure 4), they cited “security concerns” as the chief reason they have avoided serverless. Because we’re in an environment where security is a paramount concern, the adoption of any new technology carries a lot of weight. Moreover, serverless introduces a different paradigm for data management where sensitive data is much more dynamic. With valuable business data not being managed or controlled by your company, there will always be concerns around who has access, how safe is it, whether or not the vendor looks at the data or metadata, and whether or not the software is patched or vulnerable to attacks.

Adjacent to security is also the challenge of meeting regulatory requirements like GDPR. In the cloud on third-party servers, can you guarantee the same levels of security and quality as your own on your own infrastructure?

The high rate of survey participation shows the keen interest technologists have in the nascent, fast-moving ecosystem of serverless options, regardless of their own organization’s serverless plans. That respondents are paying close attention to serverless reflects a software architecture “best practice:” the need to understand every approach, even those that don’t apply.

The survey shows a cautious but curious world-wide cohort of engineers, tech leads, architects, and others from a variety of industries interested enough in serverless to respond to the survey. For the 40% who have taken the plunge into serverless adoption, we see that time and exposure bring success. And, those with the most serverless experience see that the promise of decreased costs, automatic scaling, and improved developer productivity holds as the top serverless benefits.

Yet significant concerns exist, including training/upskilling existing staff, vendor lock-in, and the difficulties of integration and testing. Other factors blocking an embrace of serverless include concerns about security and managing this new type of infrastructure. And survey results show that these concerns do not go away even after adoption. It just seems that adopters have weighed the issues and determined the benefits of serverless adoption more than merit tolerating the drawbacks.

Based on the survey, we expect the demand for serverless to grow in the near term as another worthwhile infrastructure option for many organizations. With no ties to specific technologies or programming languages, serverless can work with a wide range of tasks, and getting started has gotten easier over time.