The next industrial revolution

It's all about software, but it's a little harder than that. 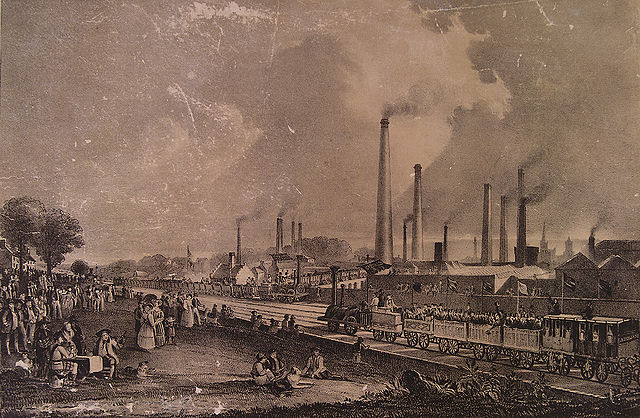 If you Google “next industrial revolution,” you’ll find plenty of candidates: 3D printers, nanomaterials, robots, and a handful of new economic frameworks of varying exoticism. (The more generalized ones tend to sound a little more plausible than the more specific ones.)

The phrase came up several times at a track I chaired during our Strata + Hadoop World conference on big data. The talks I assembled focused on the industrial Internet — the merging of big machines and big data — and generally concluded that in the next industrial revolution, software will take on the catalytic role previously played by the water wheel, steam engine, and assembly line.

All of that means it’s an excellent way to extend the reach of software into the physical world, so people who have spent their lives in software are turning toward hardware now, hoping to build little rafts that will carry their code out of the comfort of the server room and down the unexplored rivers of the physical world.

The problems of the industrial Internet are particularly interesting because they require an enormous amount of domain knowledge in addition to clever software thinking. Our first speaker at our Strata + Hadoop World Industrial Internet session, Daniel Koffler, described aluminum smelting pots that use 600,000 amps of current — enough to disable electronic equipment and magnetize cars nearby. Our second speaker, Ami Daniel, described the lengths that smugglers and savvy merchant captains go to in order to obscure the data streams that come from oceangoing ships, and the skepticism and precision that his team uses to outsmart them.

In my closing panel with executives from Accenture, GE, and Pivotal, we spent the most time talking about integration and skills — how to draw together a lot of experts to work on extraordinarily complicated systems. If you approach these kinds of problems unilaterally as a software generalist, you won’t get very far.

For a few more thoughts on the next industrial revolution, I encourage you to watch my colleague Jenn Webb interview Nate Oostendorp, a co-founder of Sight Machine (and another speaker in my industrial Internet program). Sight Machine uses computer vision and other software techniques to help factories and other physical environments improve their operations. (Full disclosure: O’Reilly’s sister firm, O’Reilly AlphaTech Ventures, is an investor in Sight Machine.)