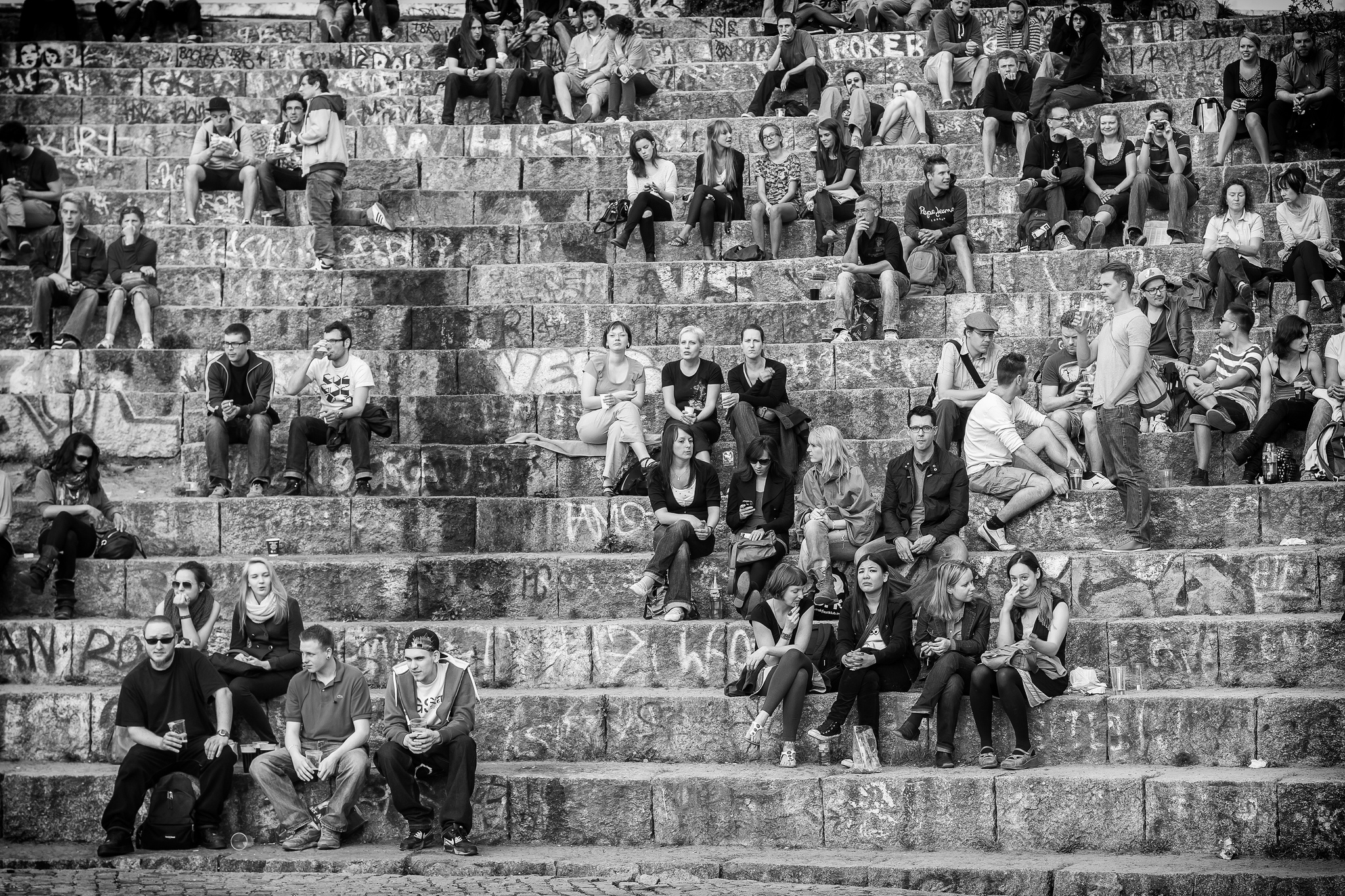 WTF?! In San Francisco, Uber has 3x the revenue of the entire prior taxi and limousine industry.

WTF?! Without owning a single room, Airbnb has more rooms on offer than some of the largest hotel groups in the world. Airbnb has 800 employees, while Hilton has 152,000.

WTF?! Top Kickstarters raise tens of millions of dollars from tens of thousands of individual backers, amounts of capital that once required top-tier investment firms.

WTF?! What happens to all those Uber drivers when the cars start driving themselves? AIs are flying planes, driving cars, advising doctors on the best treatments, writing sports and financial news, and telling us all, in real time, the fastest way to get to work. They are also telling human workers when to show up and when to go home, based on real-time measurement of demand. The algorithm is the new shift boss.

WTF?! A fabled union organizer gives up on collective bargaining and instead teams up with a successful high tech entrepreneur and investor to go straight to the people with a local $15 minimum wage initiative that is soon copied around the country, outflanking a gridlocked political establishment in Washington.

What do on-demand services, AI, and the $15 minimum wage movement have in common? They are telling us, loud and clear, that we’re in for massive changes in work, business, and the economy.

What is the future when more and more work can be done by intelligent machines instead of people, or only done by people in partnership with those machines? What happens to workers, and what happens to the companies that depend on their purchasing power? What’s the future of business when technology-enabled networks and marketplaces are better at deploying talent than traditional companies? What’s the future of education when on-demand learning outperforms traditional universities in keeping skills up to date?

Over the past few decades, the digital revolution has transformed the world of media, upending centuries-old companies and business models. Now, it is restructuring every business, every job, and every sector of society. No company, no job is immune to disruption.

I believe that the biggest changes are still ahead, and that every industry and every organization will have to transform itself in the next few years, in multiple ways, or fade away. We need to ask ourselves whether the fundamental social safety nets of the developed world will survive the transition, and more importantly, what we will replace them with.

We need a focused, high-level conversation about the deep ways in which computers and their ilk are transforming how we do business, how we work, and how we live. Just about everyone’s asking WTF? (“What the F***?” but also, more charitably “What’s the future?”)

That’s why I’m launching a new event called Next:Economy (What’s The Future of Work?), to be held at the Palace Hotel in San Francisco Nov 12 and 13, 2015. My goal is to shed light on the transformation in the nature of work now being driven by algorithms, big data, robotics, and the on-demand economy.

We put on a lot of events at O’Reilly. Many of them have a singular focus and are aimed at practitioners of a specific discipline: Strata and Hadoop World is an event about data science, Velocity about web performance and operations, Solid about the new hardware movement, and OSCON about open source software development. But this one is more exploratory, aimed at a business audience trying to come to grips with trends that are already felt but not well understood.

Putting together an event like this is a great way to discover how a lot of disparate people, ideas, and trends fit together. I’ve been engaging some of the smartest people I know in fields as diverse as robotics, AI, the on-demand economy, and the economics of labor. I’m thinking hard about the key drivers of some of today’s most successful startups, like Uber and AirBnb, and about what technology like driverless cars, Siri, Google Now, Microsoft Cortana, and IBM Watson teach us about the future. And I’m starting to see the connections.

Over the next weeks and months, I’ll be posting follow up pieces explaining in more detail my thinking on key issues we’ll be exploring at the event. I will be leading a robust discussion here on Medium with some of the best thinkers and movers on these issues — a conversation that welcomes all voices. We’ll be discussing both here and at the event how augmented workers form a common thread between the strategies of companies as diverse as Uber, GE, and Microsoft, how companies in every business sector can harness the power and scalability of networked platforms and marketplaces, why the divisive debates about the labor practices of on-demand companies might provide a path to a better future for all workers, why the on-demand services of the future require a new infrastructure of on-demand education, and why building services that uncover true unmet demands and solve hard problems are ultimately the best way to create jobs.

In the meantime, head on over to the conference site to see some of the amazing speakers we’ve already signed on (many more to come) and a taste of what they’ll be covering. In many ways, an event like this is the product of the people who are there — speakers and attendees alike — so I’ve tried to tell the story of the themes we are exploring through the people who will be there. Each speaker page provides not just a biography of the speaker, but a selection of provocative quotes from what they’ve written. In the near future, we’ll be providing additional opportunities for discussion and exploration.

My hope for this event is that it becomes more than a conference. For it to be measured as a success, it must catalyze action. I want work that comes out of this collision of ideas to inspire entrepreneurs to tackle missing pieces of the Next:Economy puzzle, to help frame the right government policies so that innovations in the nature of work are encouraged rather than repressed, and to focus every industry on rebuilding the economy by solving hard problems and creating what Steve Jobs might have called “insanely great” new services.