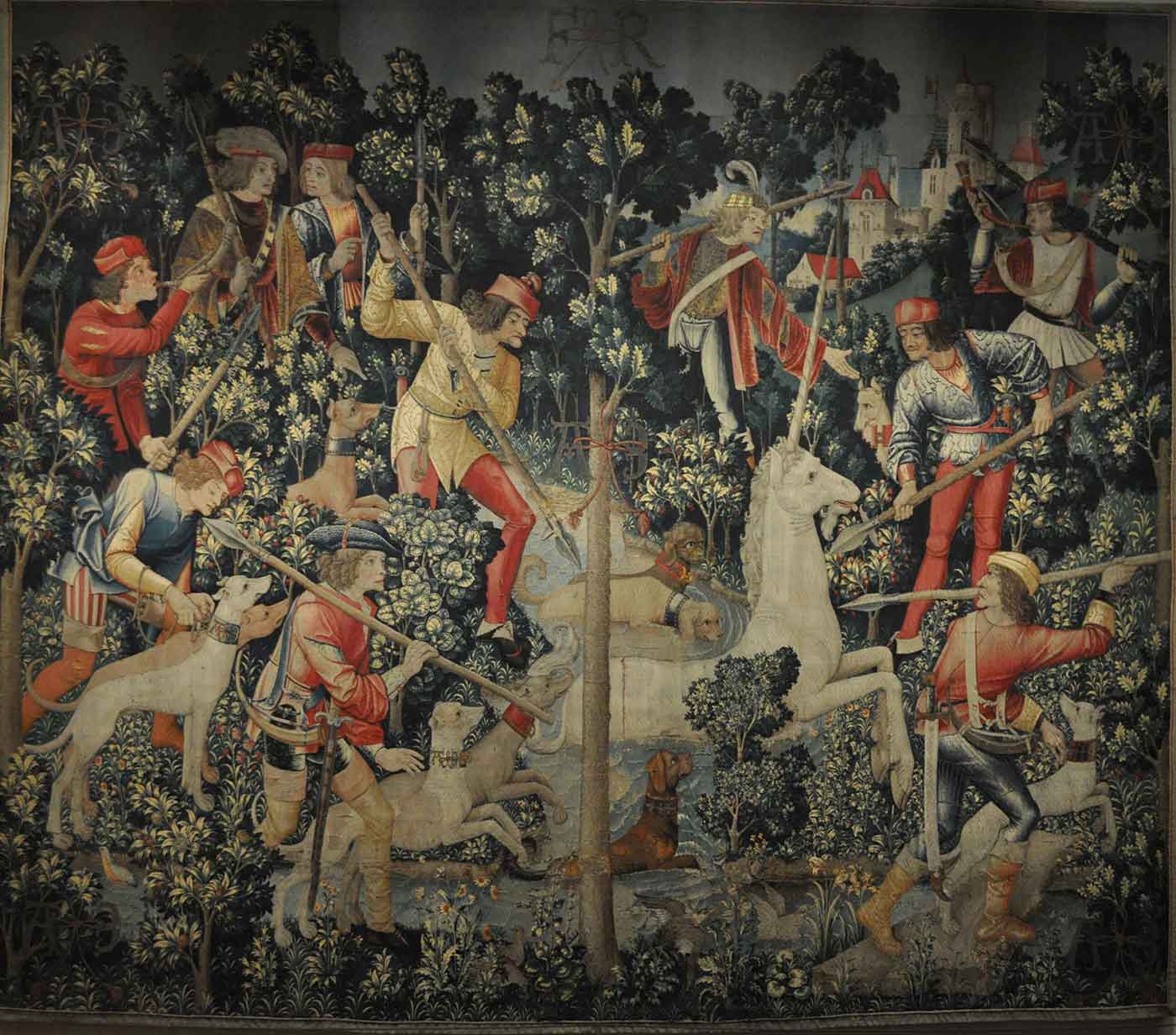 “Unicorn” is the term du jour in Silicon Valley, used to describe a startup with a valuation of more than a billion dollars. Fortune Magazine started keeping a list of companies with that exalted status. Techcrunch has a constantly updated “Unicorn Leaderboard.”

But there’s another kind of unicorn that may be even more important, and that’s the breakthrough, once remarkable, that becomes taken for granted. Tom Stoppard wrote eloquently about a unicorn of this sort in his play Rosencrantz and Guildenstern Are Dead:

“A man breaking his journey between one place and another at a third place of no name, character, population or significance, sees a unicorn cross his path and disappear. That in itself is startling, but there are precedents for mystical encounters of various kinds, or to be less extreme, a choice of persuasions to put it down to fancy; until — “My God,” says a second man, “I must be dreaming, I thought I saw a unicorn.” At which point, a dimension is added that makes the experience as alarming as it will ever be. A third witness, you understand, adds no further dimension but only spreads it thinner, and a fourth thinner still, and the more witnesses there are the thinner it gets and the more reasonable it becomes until it is as thin as reality, the name we give to the common experience… “Look, look!” recites the crowd. “A horse with an arrow in its forehead! It must have been mistaken for a deer.”

The world today is full of wonders — things that once might have had us say “WTF?!” but are already well on their way to being the stuff of daily life.

The other day, on the bus, I watched one old man show another how the little blue dot in Google Maps followed them along as the bus moved. The newcomer to the technology was amazed. The rest of us now take it for granted that our phones know exactly where we are, and can not only give us turn by turn directions exactly to our destination — by car, by public transit, by bicycle, and on foot — but also find restaurants or gas stations nearby, notify our friends where we are in real time, and even report where they are when they are lost.

Google Maps was a unicorn. The original multi-touch iPhone (even before the App Store) was a unicorn. Heck, the World Wide Web was a Unicorn, even though it didn’t make Tim Berners-Lee a billionaire. I still remember showing someone the World Wide Web in 1993, clicking on a link and saying “That picture just came from the University of Hawaii.” People didn’t believe it, thought we were sh*tting them.

These things are unicorns not because of their valuation, but because they are the kinds of apps that make us say WTF?!

Can you still remember the first time you realized that you could summon a car, on demand, to pick you up wherever you are? How cool that was, before you started taking it for granted, even complaining about it. (If you haven’t seen the late night TV rant by Louis CK, everything is amazing and nobody’s happy, watch it now!)

We are layering on new kinds of magic that are slowly fading into the ordinary. A whole generation is growing up that thinks nothing of summoning cars or groceries, or buying something from Amazon and having it show up in a couple of hours, or talking to personal assistants on their devices and expecting to get results.

So what makes a real unicorn of this amazing kind?

We’ve talked about the “at first unbelievable” part. What about changing the world? Michael Schrage wrote a fascinating ebook for Harvard Business Review entitled Who Do You Want Your Customers to Become? He wrote:

“Successful innovators don’t ask customers and clients to do something different; they ask them to become someone different. Facebook asked its users to become more open and sharing with their personal information, even if they might be less extroverted in real life. Amazon turned shoppers into information-rich consumers who could share real-time data and reviews, cross-check prices, and weigh algorithmic recommendations on their path to online purchase. Who shops now without doing at least some digital comparisons of price and performance? Successful innovators ask users to embrace — or at least tolerate — new values, new skills, new behaviors, new vocabulary, new ideas, new expectations, and new aspirations. They transform their customers.”

“When Apple television advertisements show iPhone users asking Siri questions or telling ‘her’ what to do, the company is doing far more than showing off the versatility of its voice-recognition, artificial intelligence interface. Siri’s company asks its customers to become the sort of people who wouldn’t think twice about talking to their phone as a sentient servant.”

And sure enough, there is a new generation of users who think nothing of saying things like:

Siri, make me a 6 pm reservation for 2 at Camino

Google Now, remind me to buy currants at Whole Foods

Speech recognition itself is hard, but taking actions like these require an ever more sophisticated data infrastructure — what Google refers to as “the knowledge graph” — as well as affordances for action, a world of services available by API.

For Google Now to remind me to buy currants the next time I’m at Whole Foods, it has to know where I am at all times, keep track of a particular location I’ve asked for, and bring up the reminder in that context. For Siri to make me a reservation at Camino, it needs to know that Camino is a restaurant in Oakland, that it is open tonight, and it must be able to call an OpenTable API to actually make the reservation. And it will call other services, either on my devices or in the cloud, to add the reservation to my calendar, so that yet another agent can remind me when it is time to leave for my dinner date.

And then there are the alerts that I didn’t ask for, like Google’s warnings:

Leave now to get to the airport on time. 15 minute delay on the Bay Bridge.

There is traffic ahead. Faster route available.

And increasingly, companies are offering automatic orchestration of services, like the ability of Tripit to have an Uber waiting for me when my flight arrives.

Everything is amazing, and all we can do is complain! The AIs are going to take our jobs! No. They are going to transform us and our society. And we will need to find things to work on that we didn’t used to be able to do but now can accomplish with their help.

And that gets me to the third characteristic of true unicorns: they create value. Not just financial value, but real world value for society.

Consider past marvels. Could we have moved goods as easily or as quickly without modern earthmoving equipment letting us bore tunnels through mountains or under cities? This superpower of humans + machines made it possible to build cities housing tens of millions of people, for a tiny fraction of our people to work producing the food that all the rest of us eat.

My point: in the debate about Artificial Intelligence and the future of work, it’s easy to forget just how much technology already suffuses our lives, how much it has already changed us. We need to get past that moment of amazement, and how it fades into the new normal, and put this technology to work solving real problems. We must commit to building something new, strange to our past selves, but better, if we commit to making it so.

Is it really AI? No, not what is variously called strong AI, or Artificial General Intelligence —self awareness, and the ability that humans seem to have to recognize new problems, think about them, and come up with novel solutions. Maybe it’s safer just to call them algorithms. Off in the distance they appear to be unicorns, but up close, they are just very clever computer programs suffused with masses of data and connected to real-time sensors.

Augmented reality is another of those Unicorn technologies. The first time a VC friend of mine saw Magic Leap in action, he said, “If LSD were a stock, I’d be shorting it.” That’s a unicorn!

But what is most exciting to me about this technology is not the LSD factor, but how powerfully it can change the way we work.

If you’re a worker in one of the factory pilots for the Daqri smart helmet, Augmented Reality is already changing your job. If you’re an architect or a teacher in one of the HoloLens betas, it already is changing your job. Peter Coffee led a fascinating conversation about wearables in the workplace at Dreamforce. Garry Orsolini of HP discusses how a remote expert can use real time audio/video from a wearable to help a press operator of a large industrial printing press debug a problem at starting at about 13:30.

You can imagine how technology like this can enable lower-skilled workers to be “upskilled.” I’m particularly fond of imagining how the model used byPartners in Health could be turbocharged by augmented reality. The organization provides free health care to people in poverty using a model in which community health workers recruited from the population being served are trained and supported in providing primary care. Doctors can be brought in as needed, but the bulk of care is provided by ordinary people. Imagine a community health worker who was able to tap on Google Glass and say, “Doctor, you need to see this!” (Yes, Glass will be back, when Google learns to focus on community health workers, not fashion models!)

It’s easy to imagine how rethinking our entire healthcare system along these lines could reduce costs, improve both health outcomes and patient satisfaction, and create jobs — imagine house calls coming back into fashion! Add in health monitoring by wearables, health advice from an AI like Watson made as available as Siri, Google Now, or Cortana, an AirBnb style “franchise of one,” an Uber-style on-demand service, and you can start to see the outlines of the “Next Economy” being brought to us by technology.

We’ll be talking about all these issues and more at the Next:Economy Summit. If you want to build a Unicorn that isn’t just valued at a billion dollars, but that changes the world, we’d like to help you understand how to do just that.Arthur C. Clarke famously said “Any sufficiently advanced technology is indistinguishable from magic.” The corollary to that statement is: “But once that technology has been around long enough, no one thinks it is anything special.”

Editor’s note: this post was first published on Medium. It is republished here with permission.