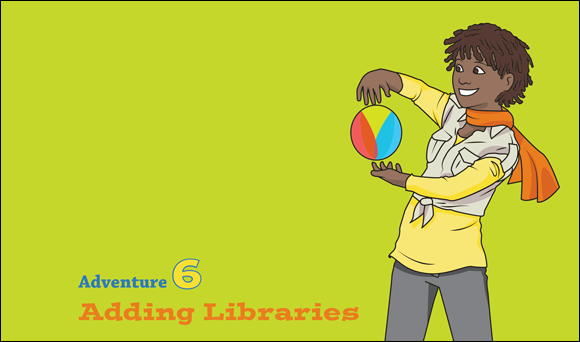 You can push your Arduino even further by using libraries. This allows you easily to incorporate clever functions, which have been written by other people, into your sketches. In this adventure you will use a library that lets you turn (almost) anything you like into a touch sensor. You are then going to build a magical crystal ball that glows when you wave your hands over it.

You need the following items for the first part of this adventure. The electronic components are shown in Figure 6-1.