Get full access to AI for Game Developers and 60K+ other titles, with free 10-day trial of O'Reilly.

Our brains are composed of billions of neurons, each one connected to thousands of other neurons to form a complex network of extraordinary processing power. Artificial neural networks, hereinafter referred to simply as neural networks or networks, attempt to mimic our brain’s processing capability, albeit on a far smaller scale. 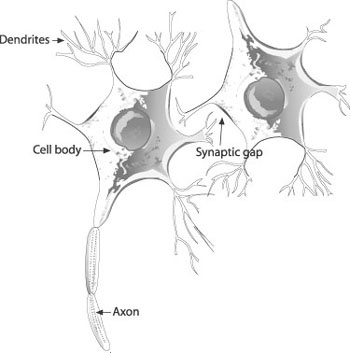 The adult human brain contains about 1011 neurons and each neuron receives synaptic input from about 104 other neurons. If the combined effect of all these inputs is of sufficient strength, the neuron will fire, transmitting its action potential to other neurons.

Get AI for Game Developers now with the O’Reilly learning platform.