Get full access to eBay Hacks, 2nd Edition and 60K+ other titles, with free 10-day trial of O'Reilly.

Strike a deal with the other party and mutually agree to withdraw feedback comments.

eBay doesn’t kid around when it comes to feedback, and neither do most users. Although eBay is quite clear about stating that every member who leaves feedback is responsible for his or her own words and that, once posted, feedback cannot be retracted, there is indeed a way out.

In fact, there are several circumstances under which eBay will remove a feedback comment:

Go to pages.ebay.com/help/policies/feedback-removal.html for the complete scoop.

eBay introduced the Mutual Feedback Withdrawal process to give two parties involved in a dispute an incentive to reconcile, even after they’ve left feedback for one another. The concept is simple; after each of you have cooled down and realized that you’d both be willing to retract what you’ve written in exchange for a clean slate, you both visit the Mutual Feedback Withdrawal page, shown in Figure 1-6, and follow the instructions.

The hard part, though, comes when you have to swallow your pride, reach out to the other person, and try to convince him or her to complete the Mutual Feedback Withdrawal process along with you. The best approach is to send a conciliatory, carefully worded email to the other member, like this: 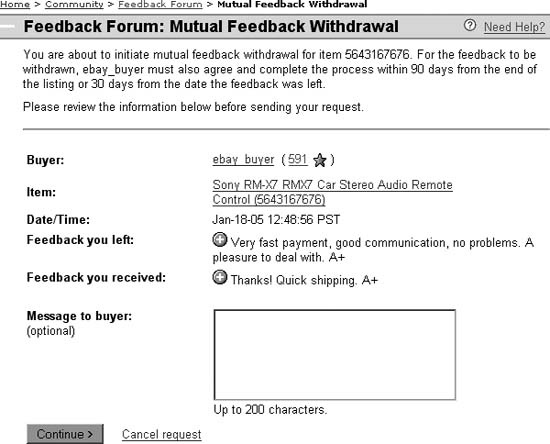 Figure 1-6. Provided the other party agrees, you can use the Mutual Feedback Withdrawal process to neutralize unwanted feedback comments

This approach is simple, direct, and friendly. Most importantly, it includes the address of the Mutual Feedback Withdrawal start page (also available at pages.ebay.com/help/policies/feedback-removal.html), so that the other person doesn’t have to hunt for it.

To be even more helpful, include the listing number [Hack #13] as well, since you’ll both need it. The easier you make it for the other party to cooperate, the less likely he will give up.

There are a few restrictions to the Mutual Feedback Withdrawal process. First of all, it doesn’t actually result in a totally clean slate. Rather, “withdrawn” feedback comments remain permanently in each person’s member profile; only the negative (or neutral) aspect of the comments is removed, along with the corresponding effect on the feedback score.

Second, there’s a time limit. You can initiate the Mutual Feedback Withdrawal process only within 30 days of the last feedback left, or within 90 days of the end of the listing, whichever is later. Once the deadline has passed, your only option is to use SquareTrade dispute resolution services.

SquareTrade offers dispute resolution services (similar to eBay’s own Dispute Console [Hack #68] ), with an optional live mediator (at additional cost). It’s a good option when the deadline to use eBay’s Mutual Feedback Withdrawal has passed, or when you can’t get ahold of the other party. Here’s how it works:

If, for whatever reason, you’re unable to remove negative or neutral feedback from your own profile, at least do some damage control [Hack #5] .