Financial Accounting: In an Economic Context by

Get full access to Financial Accounting: In an Economic Context and 60K+ other titles, with free 10-day trial of O'Reilly.

The information below was taken from the 2009 annual report of Lowe's, a leading retailer in hardware and home improvement products (dollars in millions). From the information, compute the ratios discussed in the chapter (excluding the market ratios) and comment on the change in Lowe's earning power and solvency positions from 2008 to 2009. The company's tax rate during 2008 was approximately 37 percent. 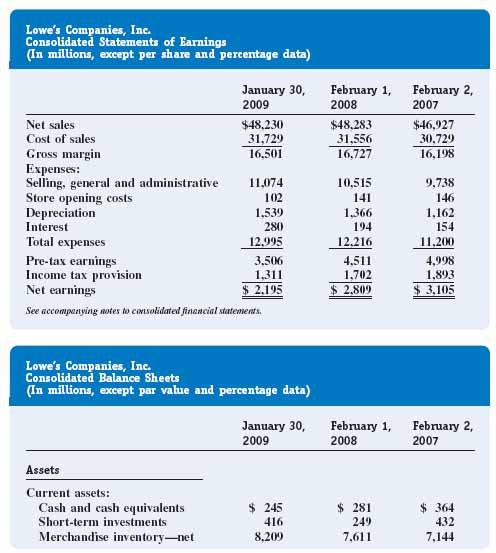 Refer to the following table, which contains the 2009 and 2008 financial ratios for Lowe's. The definitions for the ratios can be found in Figure 5-3. These ratios can also be analyzed using the format described in Appendix 5A (see Figure 5-5). 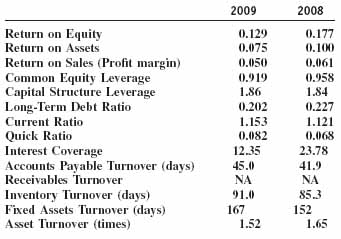 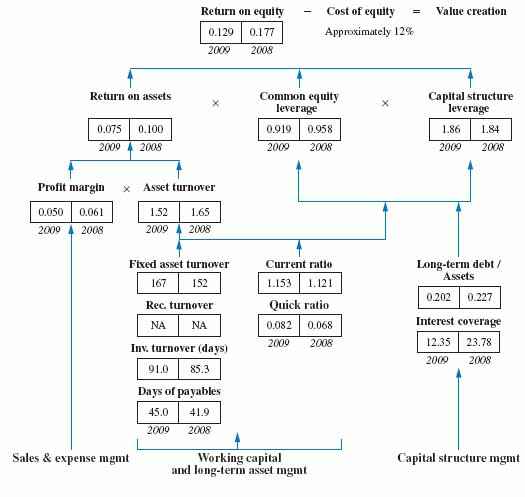 The profitability ratios (ROE, ROA, PM) as well as the effectiveness of its leverage (CEL) all dipped during 2009, while Lowe's slightly increased the amount of its leverage (CSL). Overall, asset turnover (AT) slowed, as did both fixed assets and inventory, while Lowe's took more time to pay its suppliers. With respect to solvency, the current ratio increased (mostly due to the increase ...

Get Financial Accounting: In an Economic Context now with the O’Reilly learning platform.