Even in its second edition, iMovie HD 6 is by far the least expensive software capable of importing and editing video from high-definition camcorders. (It’s about $750 less expensive than the next contender.)

But first, some definitions:

If you’ve been merrily reading along, learning all kinds of new things about high-definition video, one apparent contradiction in this chapter might already be bugging your subconscious.

First you read that an HDV camcorder stores a full hour of high-definition video on a 60-minute Mini-DV tape—a cassette designed to hold 60 minutes of standard-definition video.

And then you read that HDV video takes up three or four times as much hard drive space as standard DV.

Which is it? Does HDV footage take up the same amount of disk space as standard DV, or does it take up much more?

Answer: It takes up much more, unless it’s massively compressed. That’s the most amazing part of the circuitry in today’s HDV consumer camcorders: It manages to compress all of that information in real time, so that it fits in the same amount of tape as standard DV.

Your Mac, however, is not quite as dedicated a machine. Even the fastest Mac wouldn’t be able to edit HDV footage in its original, super-compressed form. It’d be like: click to select a clip, wait; scroll to a later place in the clip, wait; hit the Space bar to play it, wait; and so on.

So Apple did something very clever in iMovie HD: When it imports video from an HDV camcorder, it transcodes (converts) the signal into a much more lightly compressed format on your hard drive, using a new, virtually lossless compression scheme called the Apple Intermediate Codec (AIC). Once the footage is safely aboard your hard drive, you can edit it just as easily and quickly as you can regular DV video.

When you export your finished movie back to the HDV camcorder, iMovie reconverts it to the more compressed format that the camcorder expects.

During both of these transfers of video—from the camcorder, and later back to the camcorder—it’s the transcoding that takes so much time. That’s why importing HDV video isn’t a real-time process in iMovie HD.

Now that you understand what transcoding is, here’s a tip that exploits your new awareness.

If, during importing, you click the Stop button to stop the tape, iMovie continues transcoding the video it’s already stored temporarily on the hard drive, right up until it catches up with the spot on the tape where you stopped. (A progress dialog box appears on the screen during this conversion process.)

But if you end the importing by clicking the Import button (to turn it off), iMovie stops right away. It throws away everything in its buffer, and keeps only what it has already transcoded.

In general, the process of importing and editing high-def video is exactly like working with any other kind of video. There are, however, a few differences. 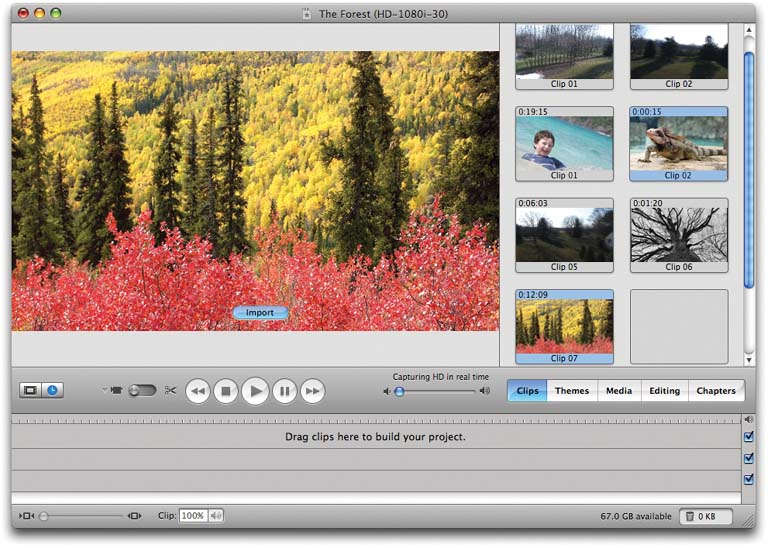 Figure 4-9. When you’re importing video from an HDV camcorder, everything gets wide and rectangular. Otherwise, though, you should be able to work with it just as you would with standard-definition footage.

You’ll notice another difference, too, once you start importing: Your Mac may not be fast enough to capture this massive amount of data in real time. (Remember, high-definition footage is three or four times as massive as standard DV.)

If you make your iMovie window smaller—small enough that the Monitor window is only a quarter its usual size, as shown in Figure 4-9—you get much better speed. iMovie, in that case, transcodes the high-def video at only a quarter of its normal size (see the box in Section 4.7), and you get faster, smoother playback and quicker importing. (If your machine is anything slower than a dual 1-gigahertz G4 or G5 processor, in fact, you always get this quarter-sized video, unless you change the Playback settings in iMovie’s Preferences dialog box.) 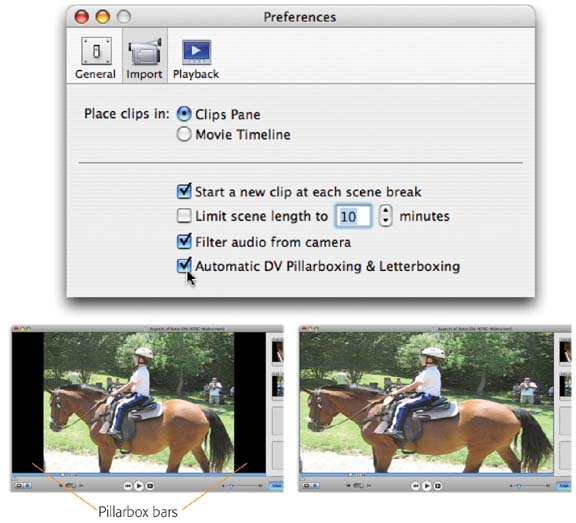 Figure 4-10. When “Automatic DV Pillarboxing & Letterboxing” is turned on (top), video from a camcorder retains its original shape, even though iMovie may have to pad the screen with horizontal or vertical black bars (lower left) to fit your project dimensions. This requires some processing time after the importing is complete.When this checkbox is turned off, incoming video is instead stretched to fit your project’s screen shape.These examples show what happens when standard video is brought into a “DV Widescreen” Project.

The bottom line, though, is that importing high-def footage may not be a real-time operation, as it is when you import standard-def footage. Even after the camera is finished playing the tape, iMovie may take a few more minutes to catch up; a message on the screen says, “Processing cached HDV data” until the post-processing is complete.

If you want to stop before the end of the tape, note that there’s a difference between clicking the Stop button and clicking the Import button; see the box in Section 4.7.

Fortunately, it’s worth the wait. Once the footage is inside iMovie, you can work with it with all the speed and fluidity of standard footage. And when the work is finished, you can export the result to iDVD to burn onto a DVD. No, the result won’t be a high-definition disc; it will, however, be a widescreen disc (at your option), which will look absolutely spectacular on a widescreen TV.