Using the same methodology found in the JNCIP-M and JNCIE-M Study Guides, this book will use a master topology and each chapter will use a subset of the devices that are needed to illustrate features and case studies. The master topology is quite extensive and includes four Juniper MX240s, two EX4500s, two EX4200s, and various port testers which can generate traffic and emulate peering and transit links. The topology is broken into three major pieces:

The right side of the topology represents Data Center 2. It’s common for networks to have more than one data center, so it made sense to create a master topology that closely resembles a real production network. The devices include W3, W4, S3, S4, R3, R4, P2, and T2.

The core is really just a subset of the two data centers combined. Typically when interconnecting data centers a full mesh of WAN links aren’t cost effective, so we decided to only use a pair of links between Data Center 1 and Data Center 2.

For the sake of clarity and readability, the master topology has been broken into five figures, Figure 1 through Figure 5: Interface Names, Aggregate Ethernet Assignments, Layer 2, IPv4 Addressing, and IPv6 Addressing. The breakdown and configuration of the equipment is as follows: 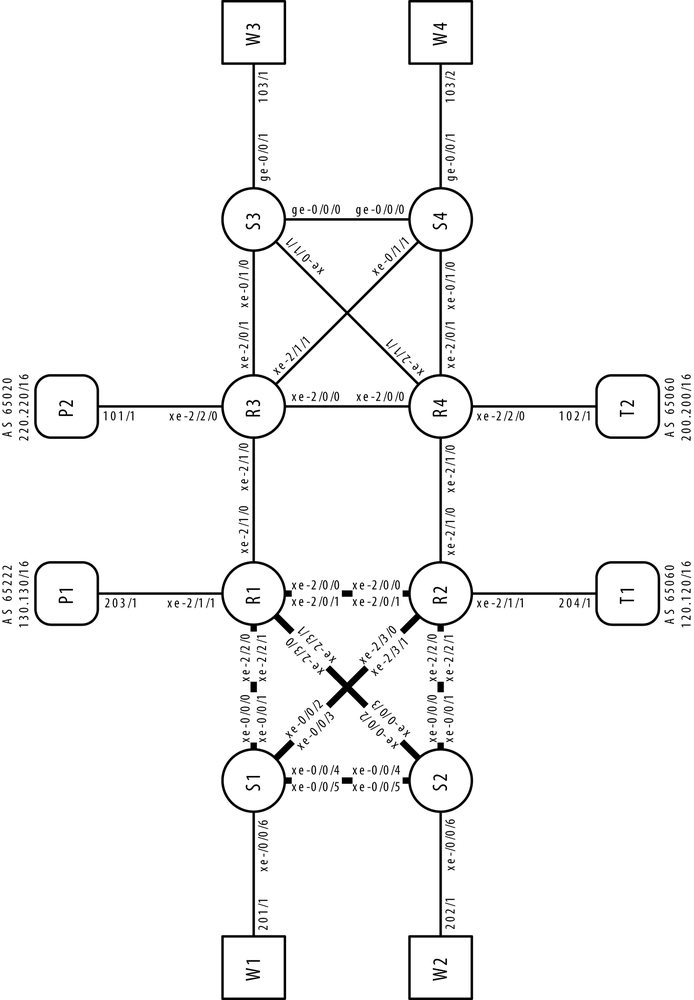 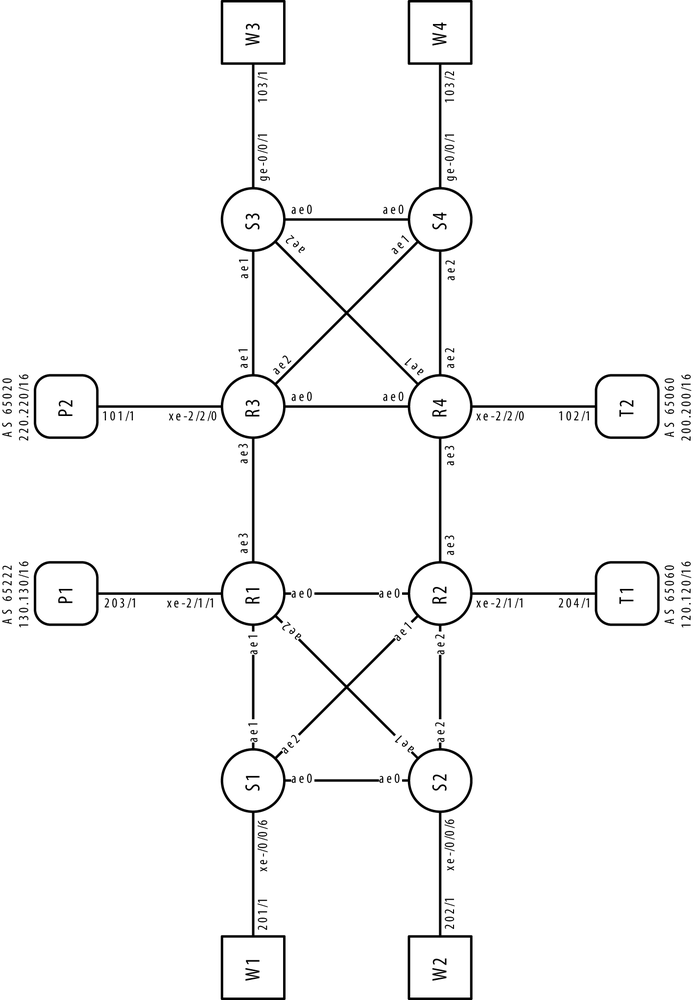 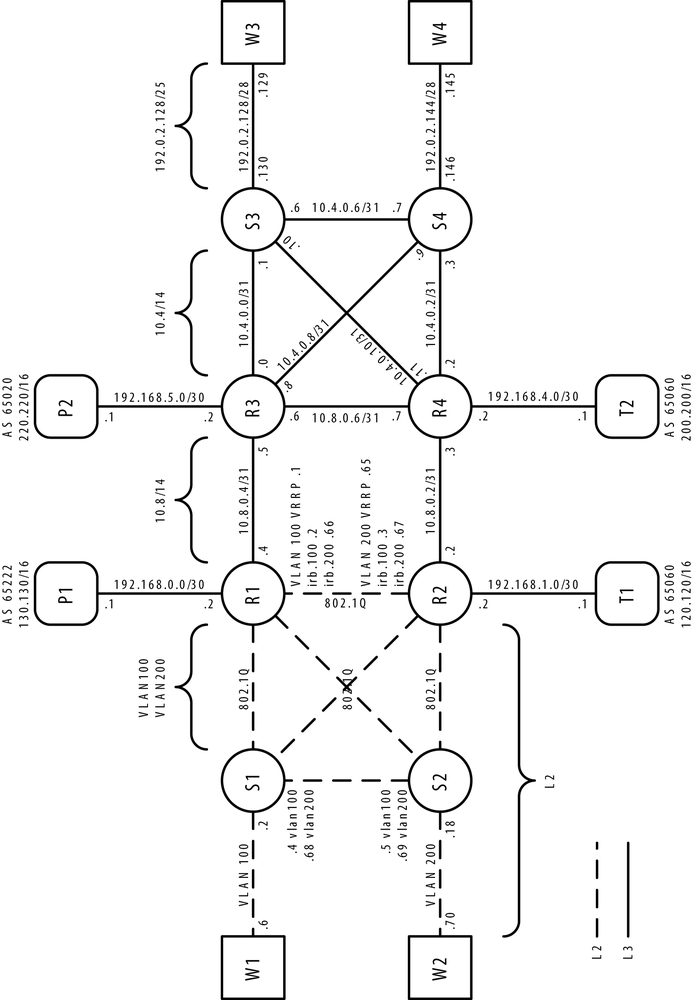 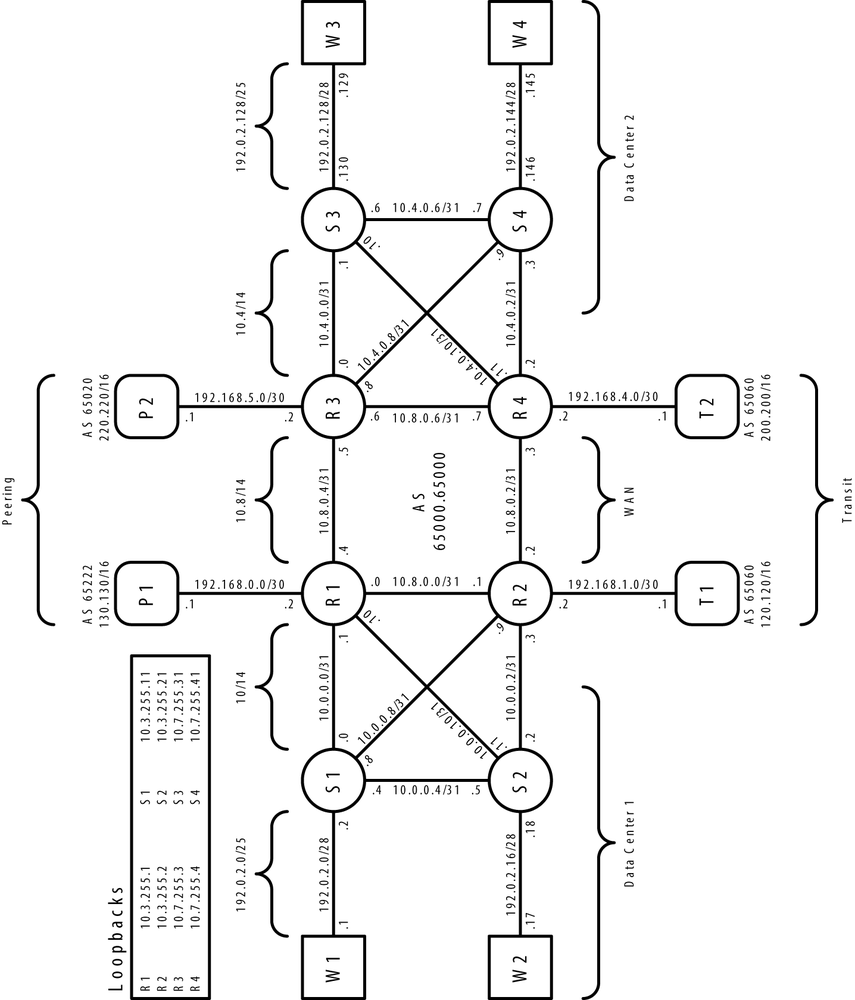 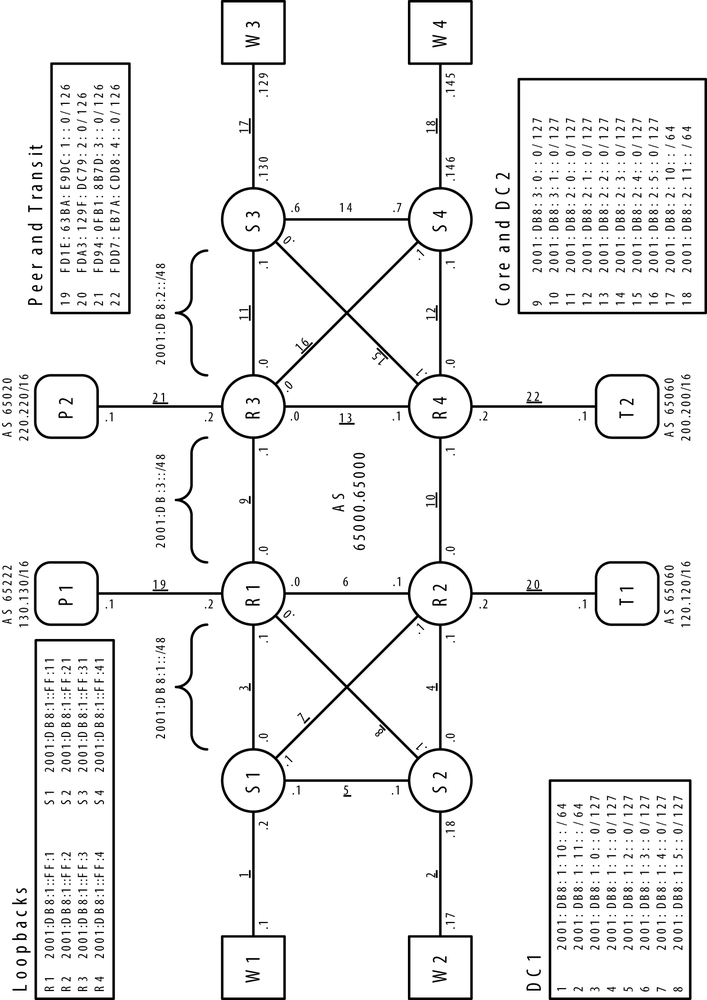