One of the most studied topics in power converters control is current control, for which there are two classical control methods that have been extensively studied over the last few decades: namely, hysteresis control and linear control using pulse width modulation (PWM) [4, 1, 2].

The basic idea of hysteresis current control is to keep the current inside the hysteresis band by changing the switching state of the converter each time the current reaches the boundary. Figure 2.1 shows the hysteresis control scheme for a single-phase inverter. Here, the current error is used as the input of the comparator and if the current error is higher than the upper limit δ/2, the power switches T1, T4 are turned on and T2, T3 are turned off. The opposite switching states are generated if the error is lower than − δ/2. It can be observed in Figure 2.1 that with this very simple strategy the load current iL follows the waveform of the reference current

very well, which in this case is sinusoidal. 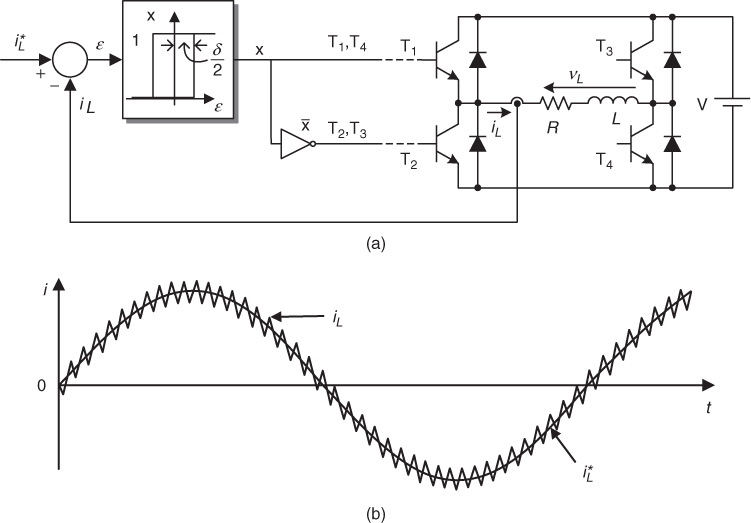 For a three-phase inverter, measured load currents of each phase are compared to the corresponding references using hysteresis ...