Produce Your Own Damn Movie! by Lloyd Kaufman

Get full access to Produce Your Own Damn Movie! and 60K+ other titles, with free 10-day trial of O'Reilly.

Producing Movies Inevitably Gets You Stoned (and Is Really, Really Hard)* or A Union Dose of Some Shirley Jackson Optimism Goes a Long Way

CO-PRODUCER: Sometimes connotes an involvement in financing the film. At other times, it can be defined as a producer with less power than those under the plain ol’ “Producer” credit. In other words, more of a catcher than a pitcher.

Synonyms: One of the other producers

A NOTE FROM MY EDITRIX 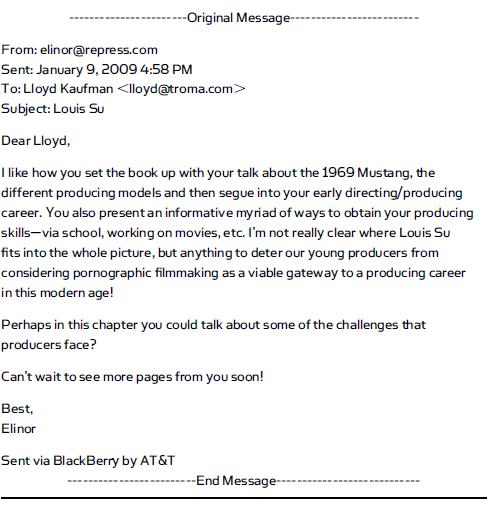 I scrolled through this message on my BlackBerry as I waited for my luggage ...

Get Produce Your Own Damn Movie! now with the O’Reilly learning platform.