R for Everyone: Advanced Analytics and Graphics by

Get full access to R for Everyone: Advanced Analytics and Graphics and 60K+ other titles, with free 10-day trial of O'Reilly.

Now that R is downloaded and installed, it is time to get familiar with how to use R. The basic R interface on Windows is fairly Spartan as seen in Figure 2.1. The Mac interface (Figure 2.2) has some extra features and Linux has far fewer, being just a terminal. 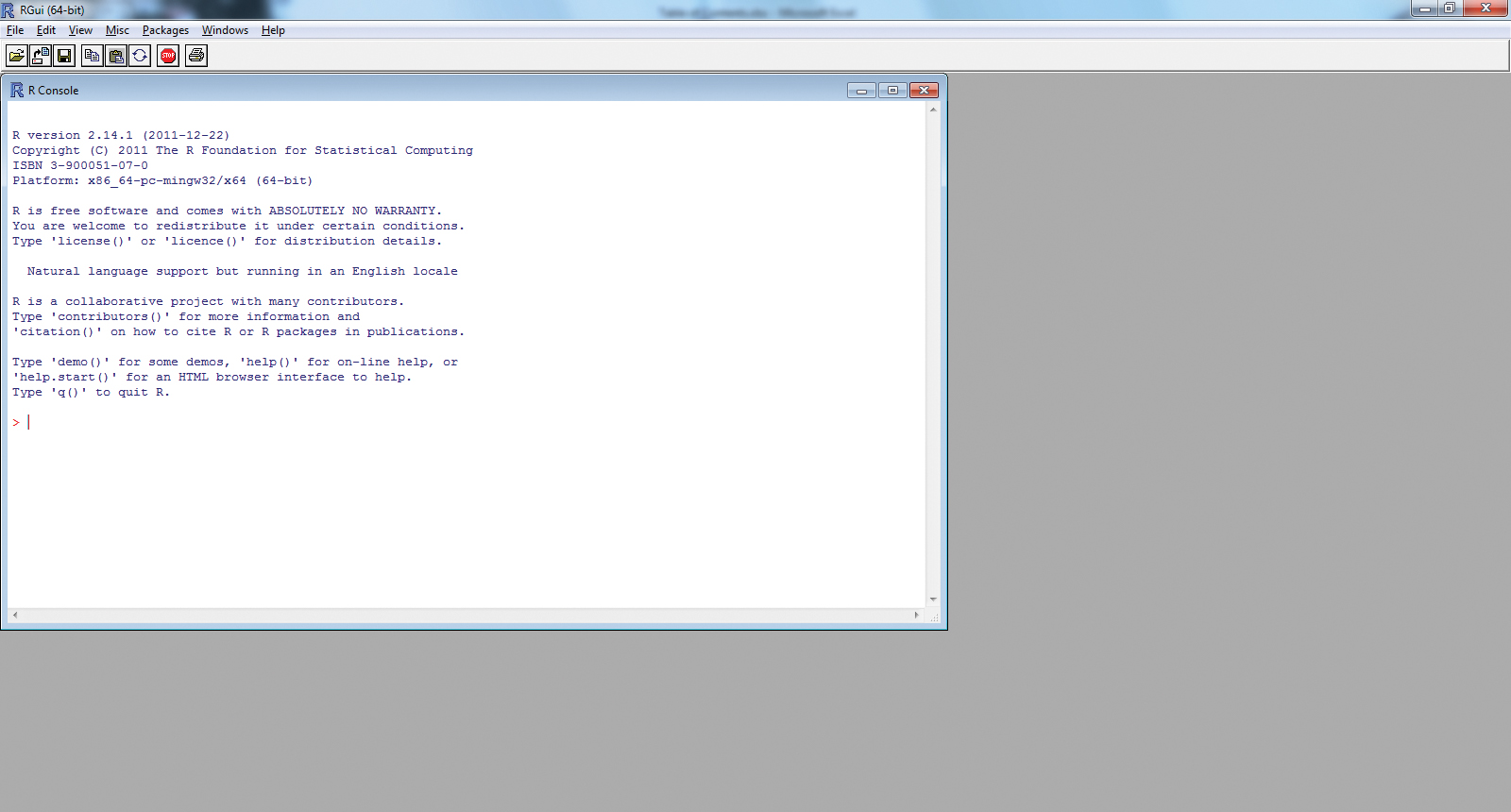 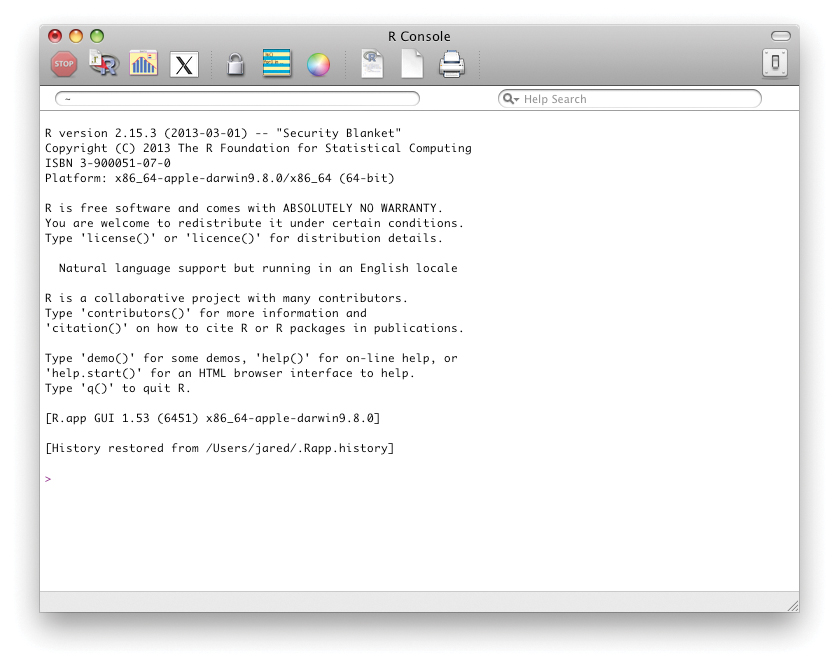 Unlike other languages, R is very interactive. That is, results can be seen one command at a time. Languages such as C++ require that an entire section of code be ...

Get R for Everyone: Advanced Analytics and Graphics now with the O’Reilly learning platform.