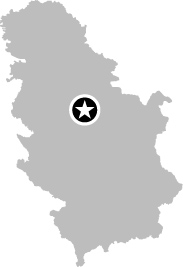 The Man Who Lit Up the World

Thomas Edison is the name most people associate with electric light, but the man responsible for providing the electricity to lights and every other electrical device used today is Nikola Tesla (Figure 30-1). Tesla was born to Serbian parents in what is now Croatia, and lived in Hungary and France before moving to the U.S. in 1885. It was there that Tesla became the greatest electrical experimenter since Michael Faraday (see Chapter 75) and laid the foundations for modern electricity distribution. 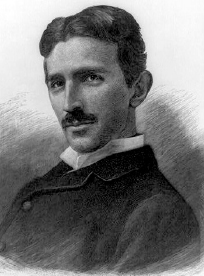 When Tesla moved to the U.S., he went to work in Edison’s laboratory, where he redesigned Edison’s DC generators and motors. He left after a disagreement about his pay, and after Edison had rebuffed Tesla’s attempts to interest him in AC electricity generation.

Later, Tesla and Edison battled bitterly and publicly over AC and DC electrical power. Tesla had joined up with entrepreneur George Westinghouse to build AC power stations, while Edison was pushing DC power. Edison tried to show that AC was dangerous, and to prove it he carried out executions of dogs, ...