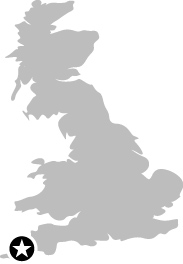 In 1962, NASA launched the world’s first telecommunications satellite into orbit around the Earth. On its first day in space, the satellite relayed television pictures from the U.S. to northern France, and a few weeks later the world’s first parabolic dish was switched on at Goonhilly in southwest England. The French received signals using a horn antenna, but the British were the first to use the parabolic shape that has since become familiar for satellite communication and radio telescopes.

The dish, dubbed Arthur, measured 26 meters in diameter and weighed over 1,100 tonnes. In comparison, the satellite, Telstar, was tiny, weighing under 78 kilograms and with a diameter of 86 centimeters. But between Arthur and Telstar, history was made when U.S. president John F. Kennedy gave a live transatlantic press conference, and the first telephone calls and faxes were routed through space.

Telstar only worked for about a year; it was badly affected by the U.S. Starfish Prime high-altitude nuclear test explosion (see page 197) that occurred the day before its launch, and it eventually ...