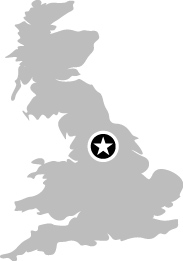 You don’t have to be a trainspotter to appreciate the power, romance, and beauty of rail travel, and the National Railway Museum in York is the place to understand the development of the railway from the earliest days of the Industrial Revolution to the present.

No British railway museum would be complete without the early steam locomotive Stephenson’s Rocket, and the National Railway Museum has two. Both are replicas (the original is in the Science Museum in London; see Chapter 77). One of the replicas is in working order, and the other is cut into sections so that visitors can understand the design and operation of the first successful steam locomotive. The Rocket traveled at about 20 kph in 1829.

The fastest steam train ever, the Mallard, is on display and has been completely restored. On July 3, 1938, it set the world record for steam locomotives, traveling at over 202 kph. The locomotive ...