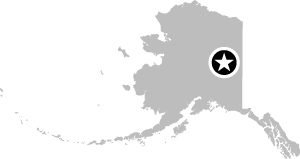 The Aurora Borealis (also called the Northern Lights, and shown in Figure 81-1) appears in the ionosphere in northern latitudes and is visible on dark nights. The light displays are caused by the interaction between the solar wind and the Earth’s magnetosphere (see sidebar). To see the northern aurora, it is necessary to travel far to the north—the aurora is roughly centered on the Magnetic North Pole (see Chapter 128).

In the U.S., a good place to see the aurora is Fairbanks, Alaska; the nights are dark enough, it’s far enough north, and the city has relatively clear nights in the spring and autumn. The aurora is also visible from northerly parts of eastern Canada, Iceland, and northern Scandinavia.

In Fairbanks, spring and autumn (around the equinoxes) are the best times for aurora viewing because the sky is dark and clear. You’ll have to stay up until local midnight (ignoring daylight savings time, since you want the actual middle of the night as determined by longitude), when the sky is darkest. For best results, escape Fairbanks by driving north until the city lights are no longer ...