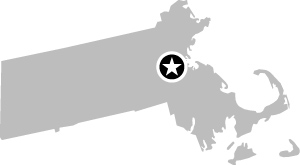 Ideas in the Making

It will come as no surprise that the Massachusetts Institute of Technology has a museum, a good one at that. Instead of being filled with ancient scientific instruments (there are plenty of those to be found elsewhere—see Chapters 17, 19, and 77) the MIT Museum deals with recent scientific activity associated with the institute.

The major exhibitions at the MIT Museum cover robotics and artificial intelligence, holography, the work of Harold Edgerton, and the education students receive at MIT. The museum also contains an exhibition of kinetic sculptures, a hands-on lab centered on DNA, and a collection of model ships.

MIT is well known as a center for robotics and artificial intelligence, and the museum doesn’t disappoint. Many robots are on display, including Kismet (a robot with realistic facial expressions) and Cog (a humanoid robot). The entire robotics collection and exhibition is cutting edge, and well worth lingering over.

The holography collection is simply the best in the world. There’s an entire gallery of holograms to look at, including some (such as a woman blowing a kiss) ...