Get full access to Xlib Reference Manual for Version 11 of the X Window System and 60K+ other titles, with free 10-day trial of O'Reilly.

A standard font consisting of a number of cursor shapes is available. This font is loaded automatically when XCreateFontCursor, the routine used to create a standard cursor, is called. To specify a cursor shape from the standard font, use one of the symbols defined in the file <X11/cursorfont.h>, by including it in your source code. The symbols for the available cursors and an illustration of their shapes is provided here. The procedure for creating a cursor is described in Volume One, Section 6.6.

You may notice that the symbol values skip the odd numbers; there are really two font characters for each shape but we are only showing you one. Each odd-numbered character (not shown) is a mask that selects which pixels in the screen around the cursor are modified. 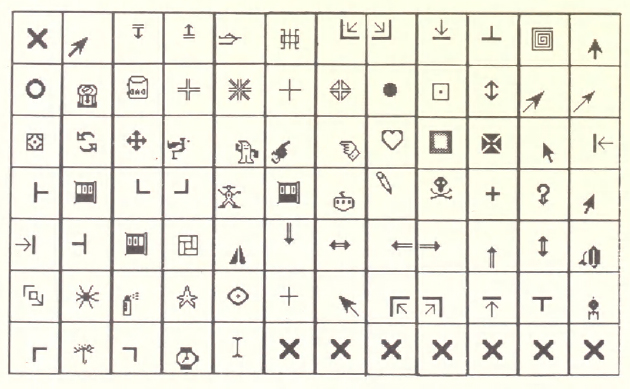 Figure I-1. The Standard Cursors 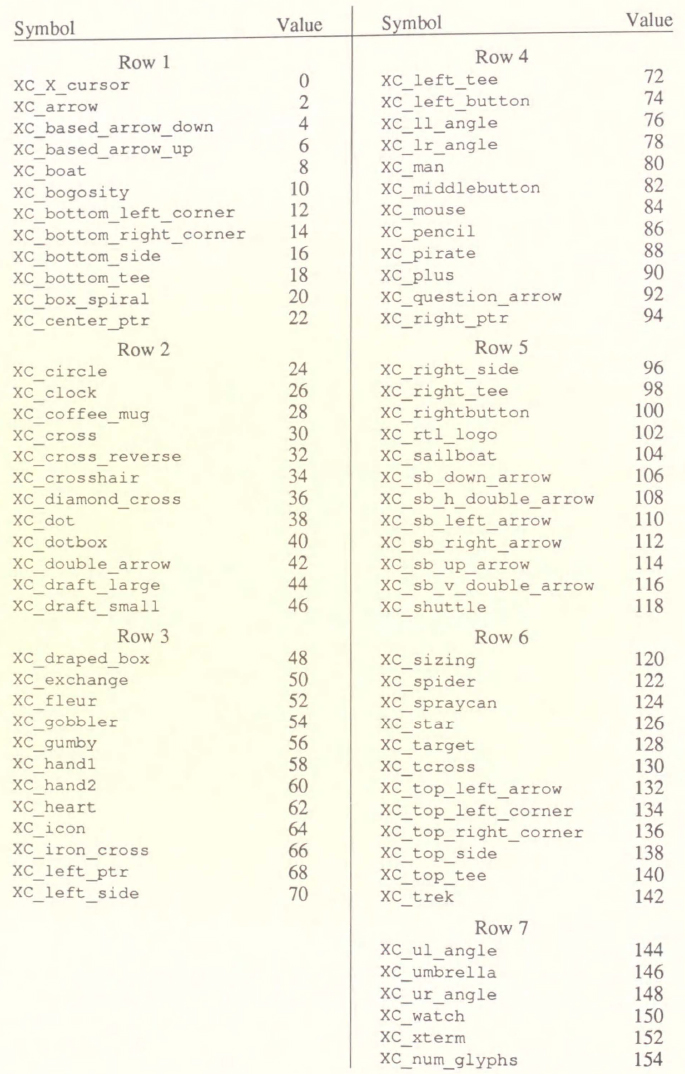 Get Xlib Reference Manual for Version 11 of the X Window System now with the O’Reilly learning platform.