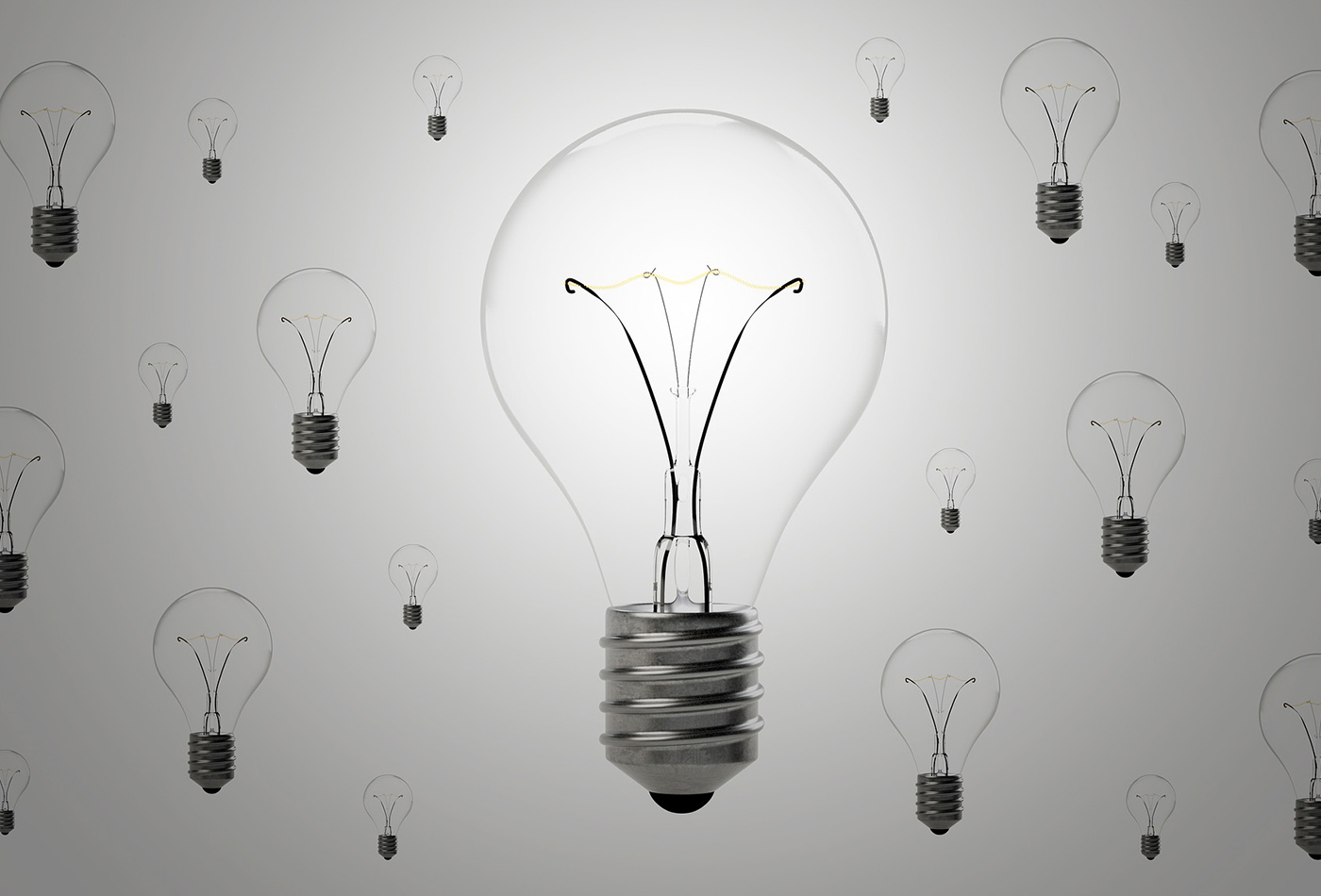 For more on guidelines that can help you make crucial "right item, right time" decisions, check out our new ebook Guidelines for Keeping Pace with Innovation and Tech Adoption, by Esther Schindler.

Some people appear to be blessed. They aren’t just lucky enough to have a single right idea at the right time; they keep coming up with more bright ideas that make the world better, or at least are valued enough for a profitable business model. While innovation and market success do not always have a strong correlation, there are a few things the creators often have in common.

It’s one thing to get lucky—to have a bright idea at the exact right moment. But many of the people I admire have been “lucky” several times over, sometimes in different guises. Maybe it’s creating a business that evolves from a solo success to a wide range of profitable endeavors under the same corporate umbrella, such as Amazon’s Jeff Bezos. Or the spark of creativity may touch different realms, such as Philippe Kahn, whose success began with Borland’s Turbo Pascal, then camera phones, and now working in the Internet of Things.

I’ve paid some attention to what these people do differently from the rest of us mere mortals, including the things they don’t notice. Because, often, we take our personal strengths for granted; they are, after all, the things that require the least conscious effort.

Lesson 1: It’s all about technology. Except when it isn’t.

Always lead with technology, says Philippe Kahn. “I’m passionate about making things that help Ms. and Mr. Everyone. At different times, different things. But it all has to be led by unique technology innovation.” You may remember Kahn’s legacy at Borland, which drove software development on microcomputers. At LightSurf, it was the camera phone, accompanied by key patents. “Today at Fullpower, it’s the leading platform for the smartbed in the IoT smarthome, powered by machine learning and data science,” he says, with “a lot of innovation and patents.”

However, the world is full of technology that is inherently cool, but also an answer in search of a solution. Whether an innovation is an improvement over existing solutions (the iPod, a faster CPU, a more affordable compiler) or a disruptive game changer (DVDs by mail, crowdsourced classified ads), it answers questions that people immediately realize they had—as soon as the answer appears.

The technology breakthrough itself can be a distraction. Even though the market makers may talk about technology publicly, says Saul Kaplan, founder of the Business Innovation Factory, their attention usually is on problem solving and business models. It’s part of their DNA, he says. “When they stand in line at the supermarket, they are considering how to improve the buying experience,” he points out. Indeed, architect and inventor Buckminster Fuller was incensed by the time wasted standing in line when the bank tried to “save money” by limiting the number of bank tellers, and actively did the math to figure out how much income generation the bank was losing out on in that false economy.

Serial innovators constantly prototype and try on mental models in search of a better way. “They fix a problem and worry about scale later,” Kaplan says. (“You never change things by fighting the existing reality. To change something, build a new model that makes the existing model obsolete.”—R. Buckminster Fuller)

“Technology can be a force multiplier,” agrees Dave Gray, management consultant and author of The Connected Company (you can read a free chapter here). “What tips the balance in most cases is the culture, the people, the morale. Those kinds of things win.” Gray refers to work from management researcher Saras Sarasvathy, who observed that entrepreneurs focus on their capabilities and ask, “Given what is currently under my control, what kinds of things could I do in the world?”

Kahn’s innovations with the camera phone bear this out. Instead of his team trying to develop manufacturing systems (not their core knowledge set), the inventors benefited economically by their licensing patents and technology to other companies with manufacturing systems. Others, such as Apple, Google/Android, and Samsung were then able to build the industrial powerhouses that still exploit the LightSurf original 1997 vision of “Point, shoot, share instantly.”

Lesson 2: In the desire to move forward, be willing to make your existing products obsolete.

Serial innovators look for opportunities to improve their own products because they’re aware someone else wants their business. “Paranoia is good,” Catherine Ulrich, chief product officer at Shutterstock, told the BBC. “Paranoia makes you think about your competitors, and that’s going to make you better.”

If the customer is going to find a better product, ideally it should be from the entrepreneur’s own company. Surely it was better for Apple to build a Macintosh that might “steal sales” from the Apple//e than to wait for a competitor to invent the next improvement, because the customers’ money all went into the same corporate coffers.

And that means leaving things behind—even if you once were really proud of the innovation. Back in 2007, Steve Jobs talked about the courage it took to remove technology from Apple products—in this case, support for Flash, USB, and floppy disks—saying that leaving them behind lets you “put energy into making those new emerging technologies be great on your platform.”

It’s hard enough for an upstart (or startup) company to “innovate” over its own products, but even more difficult for large companies to do so. That’s most famously examined in Clayton Christensen The Innovator’s Dilemma. (Here’s a great 4-minute video summary, for the impatient.) Once a product becomes a success, innovators—or the organizations they build—are unwilling to endanger it. Instead of chasing dreams and betting the house on them, they turn to incremental improvements and optimization of the status quo.

Or, as Kaplan expresses the sentiment: “You get so busy peddling the bicycle of the way your business works that you create constraints. Then along comes someone else who says, ‘I am not constrained and can solve it another way.’”

This isn’t new, of course. MIT senior research scientist David Clark, in discussing the development of the Internet, described the attitudes about innovation during the 1960s and 1970s. “A major source of doubt and skepticism was the mindset of the traditional telephone companies that basically said: first, it won’t work, and second, if it does work, we’re going to try to kill it because we’re not interested in having something that competes with us. I actually think that this doubt and skepticism was incredibly empowering because it basically meant they didn’t pay attention to us. As long as they didn’t pay attention, we could do anything we wanted, so we built a network more or less over their dead body, but they couldn’t stop us.”

In the 2004 article Why Big Companies Can’t Invent, author and venture capitalist Howard Anderson explained why new technologies are seen as a threat to the market leader’s profit margins. “Why would RCA or GE push solid-state technology when the profits from vacuum tubes were so high? Why would Kodak push for digital cameras when its real money was made in film? All eventually entered these markets, of course, but late, and only when change was inevitable. Major corporations much prefer ‘just-in-time’ innovation—innovation that peaks just as older products are on the back half of their life cycle. But innovation does not choreograph so simply; it comes in fits and starts, defeats mixed with occasional breakthroughs.”

Little has changed. “BlackBerry and Windows both suffered the fate of their owning companies focusing on the thing being sold, instead of the problem being solved,” points out Peter Coffee, VP for strategic research at Salesforce.

People bandy about the phrase “create a culture of innovation” as if it’s something you can order from Amazon or from which you get the parts from your local hardware store. But the serial innovators, particularly the ones who keep recreating their companies as well as their products and services, truly do encourage their people to try new things.

“No one here is ever told ‘That’s not your job’ when they propose an innovative action,” says Saleforce’s Coffee. “For that matter, I would say that people here are genuinely expected to innovate without permission (let alone a formal organization).”

To avoid being disrupted, a company has to create conditions for entire new business models. “Take Uber: they didn’t invent anything. They saw a problem, and they created an app,” says Kaplan. A few global transportation companies had all the resources and capabilities to make their own Uber, he points out. “But they were stuck in their business models, with their own rules of the road.” These other companies never had a sandbox in which innovative employees were challenged to “explore the possible business models even if it is disruptive to us.” And Uber was worth more than the global transportation company’s whole industry just a few years later.

Similarly, Sony had a huge division that created the Walkman. It also had a division that managed music talent, under contract. It had all the pieces. But, points out Kaplan, Jobs did it from scratch with the iPod.

For serial innovators, the problem is never the idea. It’s how to get the ideas off the white board and onto the ground. “In the end it’s about a repeatable and scalable business model and the ability to reinvent it,” says Kaplan. “That’s what it’s going to take to constantly stay relevant. And we live in a world that constantly screams for it.”