A lot can happen in biotechnology with plain old organisms. 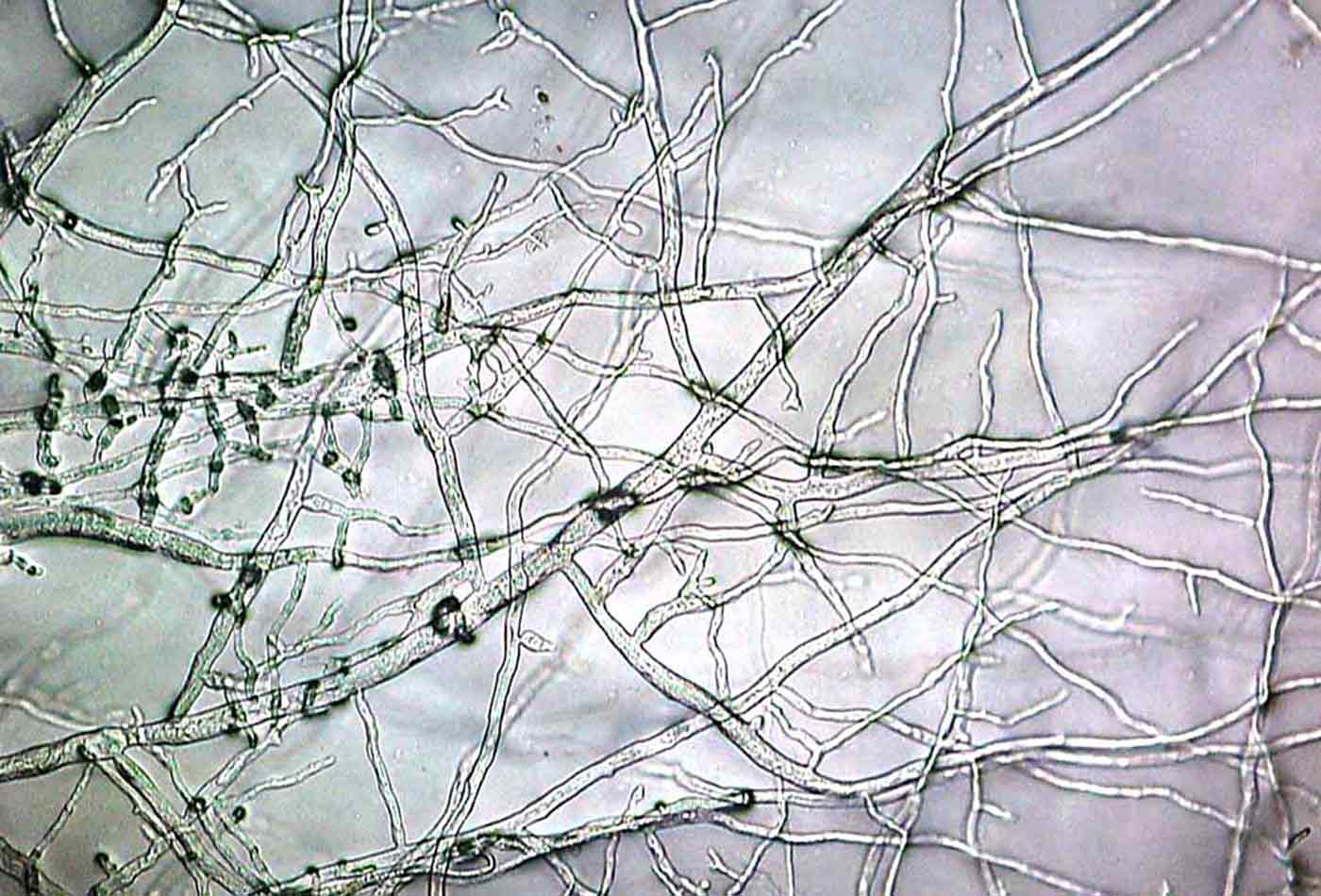 Mycelium under a microscope. (source: Bob Blaylock on Wikimedia Commons)

When I was chatting with Nina DiPrimio the other day, she mentioned Mamagrande, an Argentinian organization that uses bacteria to clean up sewage effluent and food waste. In addition to cleaning up the sewage, though, they produce ethanol, biodegradable plastics, and animal feed. They’re doing this without any form of genetic engineering: they use common duckweed and plain old bacteria, probably the same ones that are in your septic tank (if you have one).

That reminded me of the article I wrote a year and a half ago about the first Biofabricate summit in NYC. I was amazed by the companies that were building (literally) with biology: bricks made from microbes, whole buildings made from fungus, plastics made from waste methane. Amazing as that was, I missed part of the story: none of these projects required any genetic engineering. Again, it was all naturally occurring organisms. They were taking the bacteria, fungi, or yeast, putting it in a different context, and figuring out how to optimize its behavior.

Afineur is a company that makes synthetic Kopi Luwak, or coffee that has passed through the digestive system of a civet cat. They’re another biotech company that doesn’t engineer the microbes. They use microbes that are found in nature. Afineur’s engineering consists of bringing these microbes together, in the proper ratios, to create microbial communities that do the work. No civets involved. Again, the engineering isn’t in the DNA, but in the context: creating the environment where the bacteria can produce the desired result.

Gene editing certainly has a huge role to play in our future. We’re not backing off from that. But there’s another story that needs to be told, and that’s about people making revolutionary products without genetic engineering. These may have a bigger impact in the immediate future. If you’re doing this kind of work, we’d like to hear more about it at BioCoder.