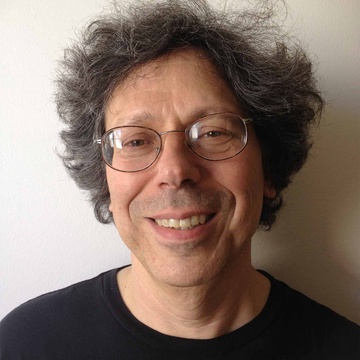 Mike Loukides is Vice President of Content Strategy for O'Reilly Media, Inc. He's edited many highly regarded books on technical subjects that don't involve Windows programming. He's particularly interested in programming languages, Unix and what passes for Unix these days, and system and network administration. Mike is the author of System Performance Tuning and a coauthor of Unix Power Tools. Most recently, he's been writing about data and artificial intelligence, ethics, the future of programming, and whatever else seems interesting. He's also a pianist, a ham radio operator, and a lover of birds. Mike can be reached on Twitter @mikeloukides and on LinkedIn.

News from CES, developments in automation, cloud computing, and trends from China.

In this edition of the Radar column, we explore questions and challenges facing ops teams as they attempt to assimilate AI.

We note three big things that will shape technology in 2020, and we’re tracking notable developments in open standards and security.

In this edition of the Radar column, we look at how the tools and techniques of programming are poised to evolve.

In this edition of the Radar column, we explore the limitations and possibilities of high-speed 5G connectivity.

A world of deepfakes

We need to remember that creating fakes is an application, not a tool—and that malicious applications are not the whole story.

The struggle is not about free speech; it's about the right to pay attention and to think.

An overview of applications of new tools for overcoming silos, and for creating and sharing high-quality data.

The circle of fairness

We shouldn't ask our AI tools to be fair; instead, we should ask them to be less unfair and be willing to iterate until we see improvement.

We won’t get the chance to worry about artificial general intelligence if we don’t deal with the problems we have in the present.

How AI and machine learning are improving customer experience

From data quality to personalization, to customer acquisition and retention, and beyond, AI and ML will shape the customer experience of the future.

Toward the next generation of programming tools

Programmers have built great tools for others. It’s time they built some for themselves.

Looking Back on the O’Reilly Artificial Intelligence Conference

More than anything else, O'Reilly's AI Conference was about making the leap to AI 2.0.

Machines will need to make ethical decisions, and we will be responsible for those decisions.

Balancing risk and reward is a necessary tension we'll need to understand as we continue our journey into the age of data.

The toughest bias problems are often the ones you only think you’ve solved.

What is O’Reilly Radar?

Reinforcement learning for the birds

Consent is the first step toward the ethical use of data, but it's not the last.

What we learn from AI’s biases

Our bad AI could be the best tool we have for understanding how to be better people.

The ethics of data flow

If we’re going to think about the ethics of data and how it’s used, then we have to take into account how data flows.

Why we need to think differently about AI

General intelligence or creativity can only be properly imagined if we peel away the layers of abstractions.

Of oaths and checklists

Oaths have their value, but checklists will help put principles into practice.

We need to build organizations that are self-critical and avoid corporate self-deception.

When we finally find the best use cases for blockchains, they may look like nothing we would have expected.

7 questions to ask before you launch an enterprise blockchain project

Successful projects will think seriously about what blockchains mean, and how to use them effectively.

What is a blockchain?

Unpacking the complexity of blockchain, term by term.

Our survey reveals how organizations are using tools, techniques, and training to apply AI through deep learning.

It’s time to rebuild the web

In the software world, we’re often ignorant of the harms we do because we don’t understand what we’re working with.

Why I won’t whitelist your site

Publishers need to take responsibility for code they run on my systems.

The working relationship between AIs and humans isn’t master/slave

We need a new model for how AI systems and humans interact.

It’s time to think about how the systems we build interact with our world and build systems that make our world a better place.

Tips for jumpstarting your journey to developing AI apps

Use cases and tips to help businesses take full advantage of AI technology.

The problem with building a “fair” system

The ability to appeal may be the most important part of a fair system, and it's one that isn't often discussed in data circles.

Can AI create a new game? A challenge.

Since AI's most amazing advances have been in playing games, it seems fitting that the creative challenge should involve creating games.

Who, me? They warned you about me?

Thoughts on "We are the people they warned you about."

Scale changes the problems of privacy, security, and honesty in fundamental ways.

What you need know before committing to AI.

The evolution of DevOps

Understanding the impact and expanding influence of DevOps culture, and how to apply DevOps principles to make your digital operations more performant and productive.

What if we build the internet we always wanted?

An AI-first strategy will only work if it puts the user first.

What are machine learning engineers?

The tools of defensive computing, whether they involve mascara and face paint or random autonomous web browsing, belong to the harsh reality we've built.

Is it possible to imagine an AI that can compute ethics?

If behavioral authentication could be made to work, it could be a big part of our future.

Are tablets the new laptops? Not yet.

It makes no sense at all for programming to be stuck on laptops, but that's where we are.

Machines learn what we teach them. If you don't want AI agents to shoot, don't give them guns.

The ethics of face recognition

We need AI researchers who are actively trying to defeat AI systems and exposing their inadequacies.

The ethics of artificial intelligence

A framework for thinking about AI.

Is it possible for an AI to create revolutionary art?

If you look carefully at how humans learn, you see surprisingly little unsupervised learning.

What is Artificial Intelligence?

Mike Loukides and Ben Lorica examine factors that have made AI a hot topic in recent years, today's successful AI systems, and where AI may be headed.

A lot can happen in biotechnology with plain old organisms.

Open source has victories, but there are battles that still need to be fought.

Whether our prejudices are overt or hidden, our artificial intelligentsia will reflect them.

The inherent clumpiness of randomness

A poet does TensorFlow

Pete Warden’s instructions on building a deep learning classifier looked so simple, I had to try it myself.

If there's anything humans should learn from AlphaGo, it's that our survival depends on constantly looking at the data.

What passes for sharing these days

The "sharing economy" has nothing at all to do with sharing.

The artist in the age of online media

A lot of young artists are building brand equity and audience, but fame doesn't equal money and you can't eat brand equity.

P-values not quite considered harmful

The crisis of reproducibility is an opportunity to get better at doing science.

The Programmer's Oath is missing one essential element: the customer.

A new infrastructure for biology

The revolution in automation is fueling biology at scale.

I don't want barely distinguishable tools that are mediocre at everything; I want tools that do one thing and do it well.

Our fears of automation aren’t due to problems of artificial intelligence, but of human intelligence.

Corporate leadership is as much about building people as it is about developing product.

We need to nurture our imaginations to fuel the biological revolution.

It's easy to talk about eliminating hierarchy; it's much harder to do it effectively.

AI scares us because it could be as inhuman as humans.

What is DevOps (yet again)?

Beyond lab folklore and mythology

What the future of science will look like if we’re bold enough to look beyond centuries-old models.

What is the Internet of Things?

How the IoT is revolutionizing not just consumer goods and gadgets, but manufacturing, design, engineering, medicine, government, business models, and the way we live our lives.

The computing of distrust

A look at what lies ahead in the disenchanted age of postmodern computing.

The revolution in biology is here, now

Biological products have always seemed far off. BioFabricate showed that they're not.

Uber has built a great service. Why do they feel the need to use dirty tricks to succeed?

We need to understand our own intelligence is competition for our artificial, not-quite intelligences.

Overfocus on tech skills could exclude the best candidates for jobs

Is the unemployment problem about a lack of qualified applicants in the workforce?

An astonishing connection between web ops and medical care.

The evolution of data products

The data that drives products is shifting from overt to covert.

What is data science?

The future belongs to the companies and people that turn data into products.

Why companies are turning to specialized machine learning tools like MLflow.

The software industry has demonstrated, all too clearly, what happens when you don’t pay attention to security.

We need to do more than automate model building with autoML; we need to automate tasks at every stage of the data pipeline.

These studies provide a foundation for discussing ethical issues so we can better integrate data ethics in real life.

Building tools for the AI applications of tomorrow

We’re currently laying the foundation for future generations of AI applications, but we aren’t there yet.

Getting the most from the AI Business Summit

The AI Conference in NY will feature tutorials, conference sessions, and executive briefings to help business leaders understand and plan for AI technologies.

Join the battle for the internet

It's time to rally in defense of the internet again.

Where programming meets the real world

Greg Brown's new book, Programming Beyond Practices, is a thoughtful exploration of how software gets developed.

How do you learn?

Shared learning: It's what we do at O'Reilly, and it's what we’d like to share with you.

Building the next generation of leaders, for any size organization.

To suit or not to suit?

At Cultivate, we'll address the issues really facing management: how to deal with human problems.

Cultivate is O'Reilly's conference committed to training the people who will lead successful teams, now and in the future.