Conspicuous consumption for the online world 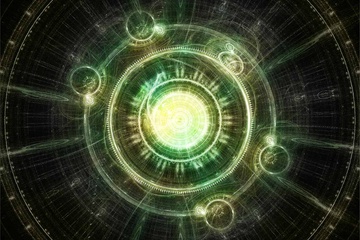 It would be hard to miss the commotion around non-fungible tokens (NFTs). Non-fungible tokens are, to a first approximation, purchased digital goods that exist on a blockchain. At this point, NFTs exist on the Ethereum blockchain, but there’s no reason that they couldn’t be implemented on others; it seems reasonably likely that specialized blockchains will be built for NFTs.

What kinds of value do NFTs create?  It’s certainly been claimed that they create a market for digital art, that digital artists can now get “paid” for their work.  Wikipedia points to a number of other possible uses: they could also be used to represent other collectible objects (a digital equivalent to baseball trading cards), or to represent assets in online games, or even to represent shares in a real-world athlete’s contract–or a share in an athlete’s body. Of course, there’s a secondary market in trading NFTs, just as a collector might sell a work of art from a collection.

All of these transactions rely on the idea that an NFT establishes “provenance” for a digital object. Who owns it? Who previously owned it? Who created it? Which of the many, many copies is the “original”? These are important questions for many valuable and unique physical objects: works of art, historical documents, antiques, and even real estate. NFTs present the possibility of bringing “ownership” to the virtual world: Who owns a tweet?  Who owns a jpeg, gif, or png file?

Regardless of whether you think ownership for virtual objects is important, keep in mind that digital objects are close to meaningless if they aren’t copied. If you can’t see a png or jpg in your browser, it might as well be hanging on the wall in a museum.  And that’s worth talking about, because the language of “provenance” comes directly from the museum world. If I have a painting—say, a Rembrandt—its provenance is the history of its ownership, ideally tracing it back to its original source.

An artwork’s provenance serves two purposes: academic and commercial. Provenance is important academically because it allows you to believe you’re studying the right thing: a real Rembrandt, not a copy (copying famous paintings is a time-honored part of a painter’s training, in addition to an opportunity for forgery), or something that happens to look like Rembrandt, but isn’t (“hey, dark, depressing paintings of Dutch people are sort of cool; maybe I can do one”).

Commercially, provenance allows artworks to become extremely expensive. It allows them to become fetishized objects of immense value, at least to collectors. Particularly to collectors: “Hey, my Rembrandt, is worth more than your Vermeer.” It’s a lot harder to bid a painting’s price up into the millions if you are unsure about its provenance.

NFTs enable the commercial function of provenance; they allow @jack’s first tweet to become a fetishized object that’s worth millions, at least until people decide that there’s something else they’d rather pay for. They establish a playground for the ultra-wealthy; if you have so much money that you don’t care how you spend it, why not buy Jack’s first tweet? You don’t even have to stick it on the wall and look at those old Dutch guys, or worry about burglar alarms. (You do have a good password, don’t you?)

But I don’t think that’s worth very much. What about the academic function? There’s some value in studying the early history of Twitter, possibly including @jack’s first tweet. But what exactly is the NFT showing me? That these are, indeed, Jack’s bits? Certainly not; who knows (and who cares) what became of the 0s and 1s that originally lived on Jack’s laptop and Twitter’s servers? Even if the original bits still existed, they wouldn’t be meaningful—lots of people have, or have had, the same set of bits on their computers.  As any programmer knows, equality and identity aren’t the same.  In this case, equality is important (is this what @jack wrote?); identity isn’t.

However, an NFT doesn’t certify that the tweet is what @Jack actually said. An NFT is only about a bunch of bits, not about what the creator (or anyone else) asserts about the bits. @Jack could easily be mistaken, or dishonest (in literature, we deal all the time with authors who want to change what they have “said,” or what they meant by what they said). Our beliefs about the contents of @jack’s first tweet have everything to do with our beliefs about @jack and Twitter (where you can still find it), and nothing to do with the NFT.

A tweet is one thing; what about a digital artwork? Does an NFT establish the provenance of a digital artwork? That depends on what is meant by “the provenance of a digital artwork.” A copy of a Rembrandt is still a copy, meaning it’s not the artifact that Rembrandt created. There are all sorts of techniques, ranging from very low to very high tech, to establish the link between artist and artwork. Those techniques are meaningless in the digital world, which eliminates noise, eliminates error in making copies. So, why would I care if my copy of the bits isn’t the artist’s original? The artist’s bits aren’t the “original,” either. That sort of originality is meaningless in the digital world: did the artist ever restore from backup? Was the artwork never swapped to disk, and swapped back in?

What “originality” really means is “this is the unique product of my mind.” We can ask any number of questions about what that might mean, but let’s keep it simple. Whatever that statement means, it’s not a statement on which an NFT or a blockchain has any bearing. We’ve already seen instances of people creating NFTs for other people’s work, and thus “owning” it.  Is this theft of intellectual property, or a meta-art form of its own? (One of my favorite avant-garde piano compositions contains the instructions “The performer should prepare any composition and then perform it as well as he can.”)

So then, what kind of statement about the originality, uniqueness, or authorship of an artwork could be established by an NFT? Beeple, who sold an NFT titled “Everydays: The First 5000 Days” for over $69 Million, says that the NFT is not about ownership of the copyright: “You can display the token and show you own the token, but, you don’t own the copyright.” I presume Beeple still owns the copyright to his work–does that mean he can sell it again? The NFT doesn’t typically include the bits that make up the artwork (I think this is possible, but only for very small objects); as @jonty points out, what the NFT actually contains isn’t the work, but a URL, a link.  That URL points to a resource (a JSON metadata file or an IPFS hash) that’s most likely on a server operated by a startup. And that resource points to the work. If that link becomes invalid (for example, if the startup goes bust), then all you “own” is an invalid link. A 404.

Some of these problems may be addressable; some aren’t.  The bottom line, though, is that the link between a creator and a work of art can’t be established by cryptographic checksums.

So do NFTs create a market for artwork that didn’t exist before?  Perhaps–though if what’s bought and sold isn’t the actual work (which remains infinitely and perfectly reproducible), or even the right to reproduce the work (copyright), it’s not clear to me how this really benefits artists, or even how it changes the picture much.  I suppose this is a sort of 21st century patronage, in which someone rich gives an artist a pile of money for being an artist (or gives Jack Dorsey money for being @jack). As patronage, it’s more like Prince Esterhazy than Patreon. A few artists will make money, perhaps even more money than they would otherwise, because I see no reason you can’t sell the work itself in addition to the NFT. Or sell multiple NFTs referencing the same work. But most won’t. The irreducible problem of being an artist–whether that’s a musician, a painter, or a sculptor, whether the medium is digital or physical–is that there are more people who want the job than are people willing to pay.

In the end, what do NFTs create? A kind of digital fetishism around possessing bits, but perhaps not much else. An NFT shows that you are able to spend money on something–without involving the “something” itself. As Beeple says, “you can display the token.” This is conspicuous consumption in perhaps its purest form. It’s like buying jewelry and framing the receipt. That an explosion in conspicuous consumption should arise at this point in history isn’t surprising. The tech community is awash in wealth: wealth from unicorn startups that will never make a cent of profit, wealth from cryptocurrencies that are very difficult to use to buy or sell anything. What’s the value of being rich if you can’t show it off? How do you show something off during a socially distanced pandemic? And if all you care about is showing off your wealth, the NFT is where the real value lies, not in the artwork. You can buy, sell, or trade them, just like baseball cards. Just don’t mistake an NFT for “ownership” in anything but the NFT itself.

Banksy’s self-destroying artwork was much more to the point. Unlike Banksy’s many public murals, which anyone can enjoy for free, this painting shredded itself as soon as it was bought at auction. Buying it destroyed it.