The last hurdle is … company leadership. 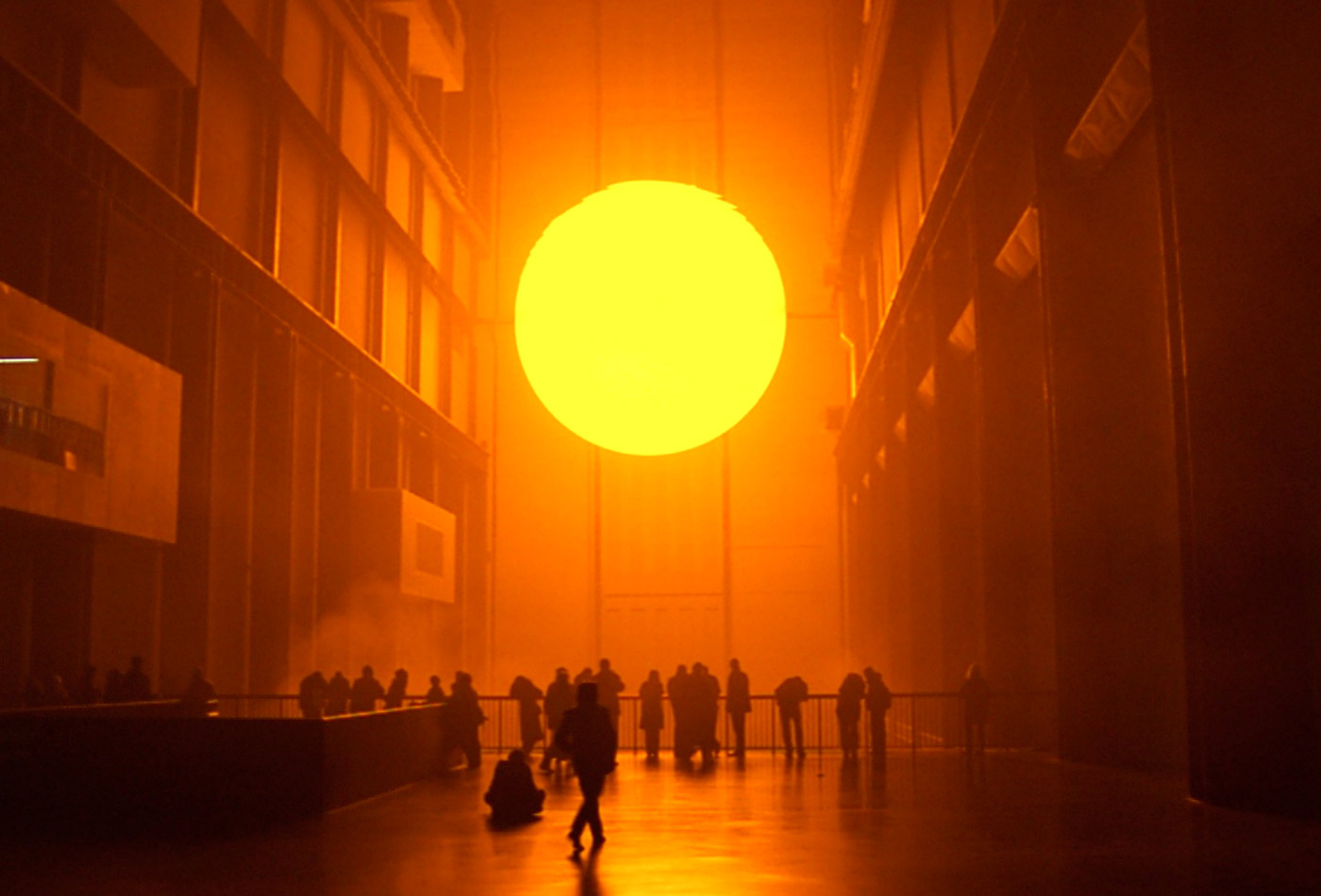 A sun simulacrum by Olafur Eliasson. (source: Mark on Flickr)

I’m well-versed in the ups and downs of remote work. I’ve been doing some form thereof for most of my career, and I’ve met plenty of people who have a similar story. When companies ask for my help in building their ML/AI teams, I often recommend that they consider remote hires. Sometimes I’ll even suggest that they build their data function as a fully-remote, distributed group. (I’ll oversimplify for brevity, using “remote team” and “distributed team” interchangeably. And I’ll treat both as umbrella terms that cover “remote-friendly” and “fully-distributed.”)

Remote hiring has plenty of benefits. As an employer, your talent pool spans the globe and you save a ton of money on office rent and insurance. For the people you hire, they get a near-zero commute and a Covid-free workplace.

Then again, even though you really should build a remote team, you also shouldn’t. Not just yet. You first want to think through one very important question:

Do I, as a leader, really want a remote team?

The key ingredient to successful remote work is, quite simply, whether company leadership wants it to work. Yes, it also requires policies, tooling, and re-thinking a lot of interactions. Not to mention, your HR team will need to double-check local laws wherever team members choose to live.  But before any of that, the people in charge have to actually want a remote team.

Here’s a quick test for the executives and hiring managers among you:

If you’ve said yes to any of these, then you simply do not want a distributed team. You want an in-office team that you begrudgingly permit to work from home now and then. And as long as you don’t truly want one, any attempts to build and support one will not succeed.

If you’ve said yes to any of these, then you simply do not want a distributed team. You want an in-office team that you begrudgingly permit to work from home now and then. And as long as you don’t truly want one, any attempts to build and support one will not succeed.

And if you don’t want that, that’s fine. I’m not here to change your mind.

But if you do want to build a successful remote team, and you want some ideas on how to make it work, read on.

How You Say What You Have to Say

As a leader, most of your job involves communicating with people. This will require some adjustment in a distributed team environment.

A lot of you have developed a leadership style that’s optimized for everyone being in the same office space during working hours. That has cultivated poor, interruption-driven communication habits. It’s too easy to stop by someone’s office, pop over a cubicle wall, or bump into someone in the hallway and share some information with them.

With a remote team you’ll need to write these thoughts down instead. That also means deciding what you want to do before you even start writing, and then sticking with it after you’ve filed the request.

By communicating your thoughts in clear, unambiguous language, you’ve demonstrated your commitment to what you’re asking someone to do. You’re also leaving them a document they can refer to as they perform the task you’ve requested. This is key because, depending on work schedules, a person can’t just tap you on the shoulder to ask you to clarify a point.

(Side note: I’ve spent my career working with extremely busy people, and being one myself. That’s taught me a lot about how to communicate in written form. Short sentences, bullet points, and starting the message with the call-to-action—sometimes referred to as BLUF: Bottom Line Up-Front—will go a long way in making your e-mails clearer.)

The same holds true for meetings: the person who called the meeting should send an agenda ahead of time and follow up with recap notes. Attendees will be able to confirm their shared understanding of what is to be done and who is doing what.

Does this feel like a lot of documentation? That’s great. In my experience, what feels like over-communication for an in-office scenario is usually the right amount for a distributed team.

Embracing Remote for What It Is

Grammar rules differ by language. You won’t get very far speaking the words of a new language while using grammatical constructs from your native tongue. It takes time, practice, and patience to learn the new language so that you can truly express yourself.  The path takes you from “this is an unnatural and uncomfortable word order” to “German requires that I put the verb’s infinitive at the end of the clause.  That’s just how it works.”

There are parallels here to leading a distributed team. It’s too easy to assume that “remote work” is just “people re-creating the in-office experience, from their kitchen tables.” It will most certainly feel unnatural and uncomfortable if you hold that perspective.  And it should feel weird, since optimizing for remote work will require re-thinking a lot of the whats and hows of team interactions and success metrics.  You start winning when you determine where a distributed team works out better than the in-office alternative.

Remote work is people getting things done from a space that is not your central office, on time schedules that aren’t strict 9-to-5, and maybe even communicating in text-based chat systems.  Remote work is checking your messages in the morning, and seeing a stream of updates from your night-owl teammates.  Remote work is its own thing, and trying to shoe-horn it into the shape of an in-office setup means losing out on all of the benefits.

Embracing remote teams will require letting go of outdated in-office tropes to accept some uncomfortable truths. People will keep working when you’re not looking over their shoulder.  Some of them will work even better when they can do so in the peace and quiet of an environment they control.  They can be fully present in a meeting, even if they’ve turned off their video. They can most certainly be productive on a work schedule that doesn’t match yours, while wearing casual attire.

The old tropes were hardly valid to begin with. And now, 18 months after diving head-first into remote work, those tropes are officially dead. It’s up to you to learn new ways to evaluate team (and team member) productivity. More importantly, in true remote work fashion, you’ll have to step back and trust the team you’ve hired.

If distributed teamwork is new territory for your company, expect to stumble now and then. You’re walking through a new area and instead of following your trusty old map, you’re now creating the map. One step at a time, one stubbed toe at a time.

You’ll spend time defining new best practices that are specific to this environment. This will mean thinking through a lot more decisions than before—decisions that you used to be able to handle on autopilot—and as such you will find yourself saying “I don’t know” a lot more than you used to.

You’ll feel some of this friction when sorting out workplace norms.  What are “working hours,” if your team even has any?  Maybe all you need is a weekly group check-in, after which everyone heads in separate directions to focus on their work?  In that case, how will individuals specify their working hours and their off-time?  With so much asynchronous communication, there’s bound to be confusion around when a person is expected to pick up on an ongoing conversation in a chat channel, versus their name being @-mentioned, or contacting them by DM.  Setting those expectations will help the team shift into (the right kind of) autopilot, because they’ll know to not get frustrated when a person takes a few hours to catch up on a chat thread.  As a bonus, going through this exercise will sort out when you really need to hold a group meeting versus when you have to just make an announcement (e-mail) or pose a quick question (chat).

Security will be another source of friction.  When everyone is in the same physical office space, there’s little question of the “inside” versus the “outside” network.  But when your teammates are connecting to shared resources from home or a random cafe, how do you properly wall off the office from everything else? Mandating VPN usage is a start, but it’s hardly the entire picture.  There are also questions around company-issued devices having visibility into home-network traffic, and what they’re allowed to do with that information.  Or even a company laptop, hacked through the company network, infecting personal devices on the home LAN. Is your company’s work so sensitive that employees will require a separate, work-only internet service for their home office?  That would be fairly extreme—in my experience, I haven’t even seen banks go that far—but it’s not out of the realm of possibility.  At some point a CISO may rightfully determine that this is the best path.

Saying “I don’t know” is OK in all of these cases, so long as you follow that with “so let’s figure it out.” Be honest with your team to explain that you, as a group, may have to try a few rounds of something before it all settles. The only two sins here are to refuse to change course when it’s not working, and to revert to the old, familiar, in-office ways just to ease your cognitive burden. So long as you are thoughtful and intentional in your approach, you’ll succeed over the long run.

Your data scientists (and developers, and IT ops team) have long known that remote work is possible. They communicate through Slack and collaborate using shared documents. They see that their “datacenter” is a cloud infrastructure. They already know that a lot of their day-to-day interactions don’t require everyone being in the same office. Company leadership is usually the last to pick up on this, which is why they tend to show the most resistance.

If adaptive leadership is the key to success with distributed teams, then discipline is the key to that adaptation. You’ll need the discipline to plan your communication, to disable your office autopilot, and to trust your team more.

You must focus on what matters—defining what needs to get done, and letting people do it—and learn to let go of what doesn’t. That will be uncomfortable, yes. But your job as a leader is to clear the path for people who are doing the implementation work. What makes them comfortable trumps what makes you comfortable.

Not every company will accept this. Some are willing to trade the benefits of a distributed team for what they perceive to be a superior in-office experience. And that’s fine. But for those who want it, remote is here to stay.