The artist in the age of online media

A lot of young artists are building brand equity and audience, but fame doesn't equal money and you can't eat brand equity. 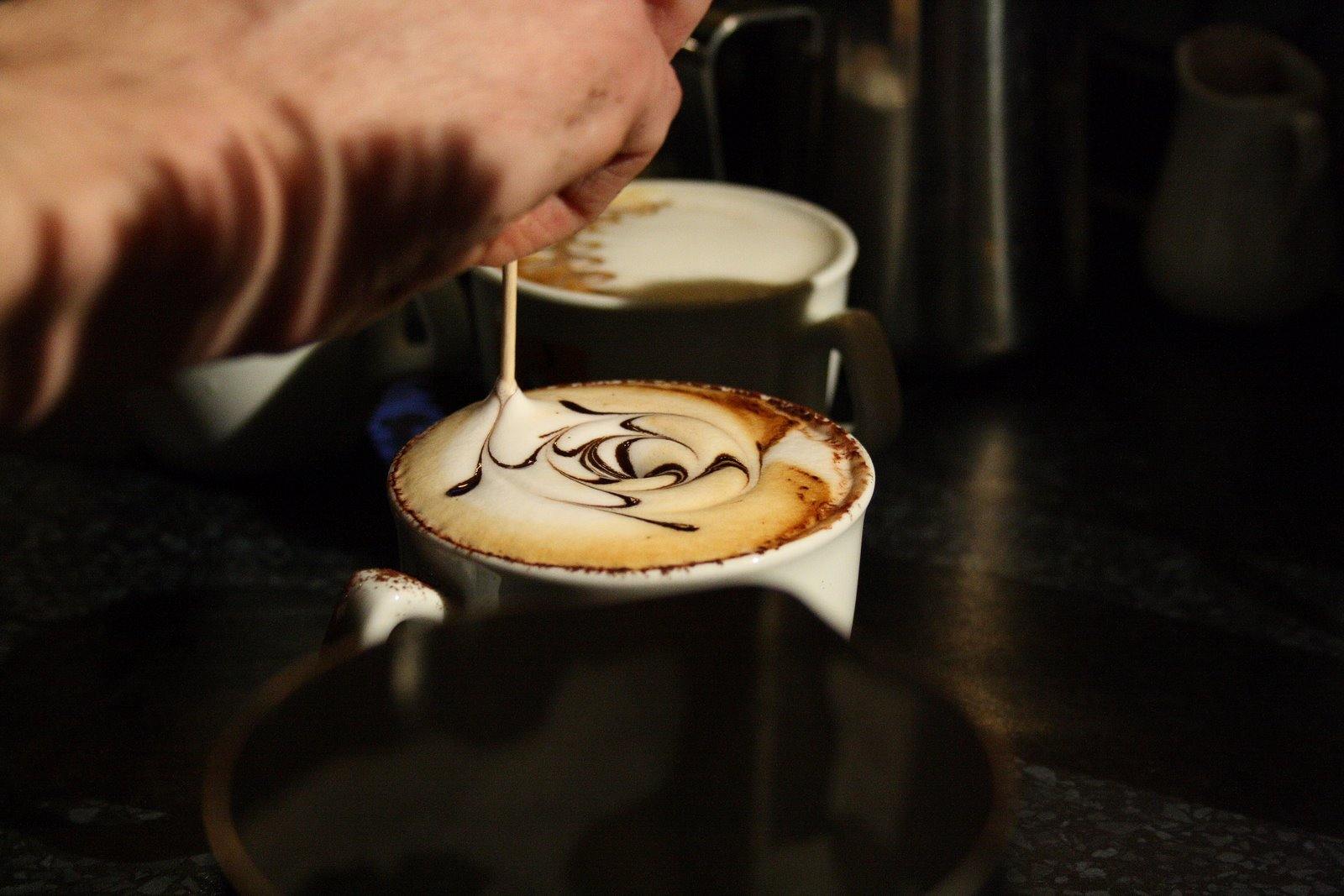 The making of latte art. (source: By Frettie on Wikimedia Commons)

The article “Get rich or die vlogging: The sad economics of Internet fame” prompted a long discussion at O’Reilly. The article is about the artists, bloggers, and designers who do wonderful work online, but can’t generate enough income to support themselves. They put loads of effort into their artistic work, and support themselves working at Starbucks, or in some other low-paying, unfulfilling job, and can’t find the balance between making enough money to survive and creating their art.

I’m trying hard not to say “kids these days…” — because I really don’t mean that. But the reality of being an artist is that there have always been more people who want the job than people willing to pay someone to do the job. And there always will be. I suspect that’s something all artists have to learn on their own. It’s way too easy to think that you’re the exception, the one who somehow makes it. Sites like YouTube encourage the delusion: after all, with tens or hundreds of thousands of followers, you may be famous. But where’s the money? Fame doesn’t equal money, and history has no shortage of famous people who died poor.

What’s happening here is a repeat of the Internet bubble in 2000. Loads of people built interesting sites, companies, and applications, without worrying about a business model. They created a lot of “value” in social capital, brand equity, whatever. But they didn’t have any money coming in, and as a result, most of them went bust. That’s what a lot of young artists are doing: they’re building brand equity, audience, and so on. But you can’t eat brand equity, as a lot of early Internet companies found out. Again, fame doesn’t equal money, and while tools like YouTube can help you build fame, they don’t generate much income.

There’s a smaller number of independent artists who are doing well for themselves. Zoe Keating and Amanda Palmer come to mind immediately. Their online presence isn’t mediated by YouTube or some other channel; they’ve figured out how to work directly with their audience, collecting email addresses, managing email lists, and the like. Tools like Bandcamp help you sell directly to your audience; Patreon lets you accept donations. Crowdfunding sites like Kickstarter let you fund projects before getting started. I don’t know whether Bandcamp takes a commission, but I can tell you that I’ve spent more money there in the last year than on Amazon and iTunes.

If you’re serious about an artistic career, here are some things to keep in mind:

It all comes down to having a workable business plan. We like to think about this as “art,” but any professional artist knows that it’s also a business. Running a successful business implies both sales and marketing. You have to do that, whether you want to or not. You can delegate sales and marketing to someone else; but you’re going to pay, probably a lot. Delegating your marketing to YouTube may be the most expensive way to pay. Using YouTube in support of a well-crafted business plan, as a way to get exposure and draw fans to sites under your control: that’s a strategy that can work.

There’s nothing new about this. Mozart’s dream job was to be a Kappelmeister in some royal court, where he could live off the patronage of some prince with as much money as Bill Gates. He never got that job. But, contrary to popular belief, Mozart did not die poor. He had a business model: he wrote music under contract, and co-produced his operas. When he died, he was coming back after a couple of rough years (war has never been kind to arts funding), but there’s no question he knew how to make money.