The World Economic Forum’s 2018 jobs report limits research to a narrow range of the workforce. 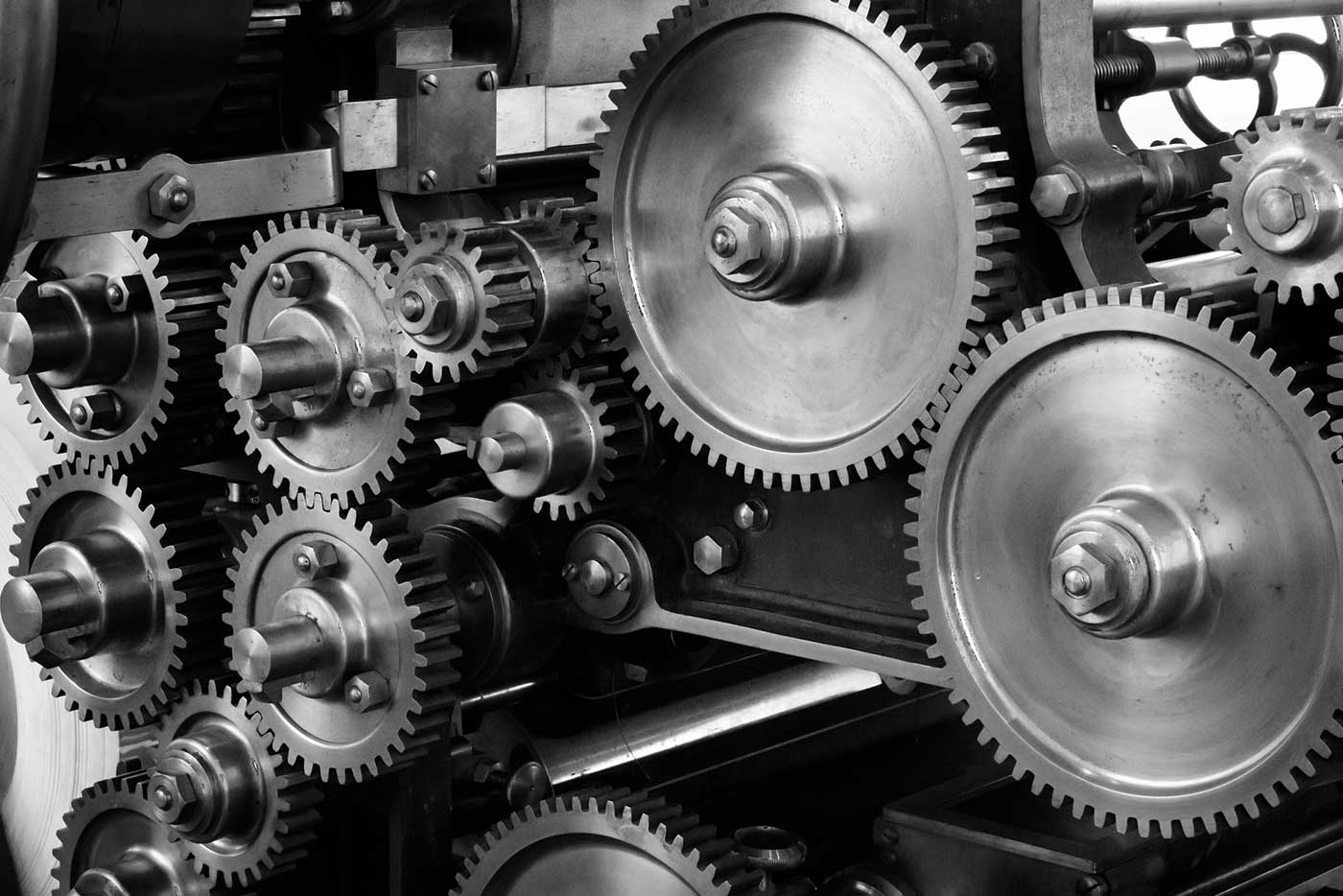 The World Economic Forum (WEF) has released a 147-page report on the future of jobs. With this document, one of the leading think tanks has weighed in on the great debate of our time: Will machines take over our work? And more broadly, how can society make sure that automation benefits more than a handful of managers and tech experts?

In this article, while summarizing the WEF’s key recommendation, I’ll point out its limitations, springing from the constraints that the authors place on themselves. This will lead to a list of topics worth further investigation: the prospects for the emergence of new industries, the importance of the non-profit sector, and impacts on the informal economy. I’ll also touch on geographic impacts and the willingness of companies to tolerate the innovative employees who supposedly will drive change.

Message to employers: Train your staff

The WEF firmly endorses the optimistic side of the current debate: they predict that the massive job loss caused by automation and big data will be offset by even more jobs created in new, creative, intellectually demanding fields. This is encouraging (although I was disappointed at first, hoping to live off a monthly bank deposit and devote myself to the piano and poetry), but WEF also highlights the resulting “reskilling imperative”: the importance of retraining workers and training young people to be agile. Table 3 on page 9 of the report divides roles into those that are stable, new, and redundant (“pick up your check on the way out”). Most people today can find their occupations in the redundant column.

Are corporations up to the task? The WEF points out that they currently offer training opportunities to their best-trained and most privileged staff (page 14), and asks the corporations to offer training to the people who need it most. I worry that managers won’t do this. We can already see the mad scramble for scarce staff in fields as different as statistics and nursing. Everyone loses in such a situation–even the highly sought employees experience the stress of overwork.

The report doesn’t address society’s role in education. Many countries have excellent educational systems, and some (especially in Scandinavia) are noted for retraining adults. The kinds of jobs being created in the automated economy call for lots of training—how long does it take to become a data scientist or robotics engineer?—but companies expect only 10% of their employees to require more than one year of reskilling (page 13). Apparently, society will have to pick up the task. I will return to the question of education later in this article.

Where the WEF stopped short

It’s important to see the constraints that WEF placed on themselves when producing this report. They just asked the executives of current companies in 12 categories—mostly big companies—to talk about the jobs they expect to hire or train for. This is why the report failed to address public education. The direction chosen also made it impossible to consider new companies that will arise. Finally, the WEF didn’t try to inquire about new job opportunities that might arise totally outside the current corporate structure: nonprofits and the notorious “informal sector.” I think this is where people without corporate prospects will gravitate, and society needs to support that.

Thus, the number of new jobs required in an automation economy could be far greater than even the optimistic numbers predicted by the WEF. The following sections of the article look at each area.

We must remember that the economy can be disrupted by unexpected events such as war, along with the completely expected blows of climate change. As I write this, Moody’s Analytics predicts at least $17 billion of damage from our current disaster, Hurricane Florence, and costs may rise as high as $50 billion. With current catastrophes ranging from drought in Europe to mudslides in the Philippines, we have to worry that our economy is in for serious trouble, along with all humans and other forms of life. But in this article I will do what most economists do, and just project current trends forward.

Areas that barely existed a decade ago, such as analytics for health care and 3D printing, are now teeming with promising new ventures. Some are quickly absorbed by large, established companies, while others survive by offering services to those companies. But job growth will happen in this area. Start-ups exacerbate the skills gap, though, because they lack the resources that large companies have to retrain people. Furthermore, established companies will buy or contract with the new companies to avoid spending money on reskilling their own employees. This way of sidestepping their responsibilities could reinforce the dreaded layoffs and exits from the workforce we all want to avoid.

If automation truly relieves humans of repetitive and unpleasant work, we can expect a growth in “quality of life” occupations: wellness centers, adult education, travel, the arts, and so on. Some of these occupations are revenue-generating and can support themselves, but a lot of them—particularly education, health care, and the arts—require subsidization. Governments and companies may invest directly, as they do with primary and secondary education and with health care, or the investment may come through complex channels like donations to universities and arts centers. But however investment happens, the non-profit sector requires it. This is not addressed by the WEF.

Two factors make these issues particularly relevant to the future of work. First, the automated economy requires education and mental health services: education for the technical skills workers will need, and mental health to prepare them for delicate interactions with other people. Workers will also need to learn how to interact with robots (this is not a joke).

And these necessities raise serious problems because elites today fail to appreciate the importance of funding the non-profit sector. This skepticism is partly rational, because one can point to plenty of poorly conceived projects and job padding. But I believe that the private sector contains lots of waste as well. We must not punish the non-profit sector in general for its lapses.

Travel and the arts, which may be for-profit or non-profit, are important for a different reason. They represent an income transfer from the affluent to the less affluent, and many areas of the world depend on that income. A healthy economy has to take them into account, even though they are non-productive.

The WEF looked at prospects for jobs in different countries and regions of the world, but did not break down geography further. One of the pressing trends throughout the world is the concentration of jobs in a few entrepreneurial cities, with other areas emptying out or suffering “epidemics of despair.” The WEF didn’t offer remedies for the well-known drain of talent from rural and inner regions to coastal cities with attractive living conditions. Automation will exacerbate these effects unless society’s leaders explicitly counteract them. We’ll see more of this issue in the following section.

The term “informal” covers a huge range of employment, such as many of the house cleaners and handymen employed by readers of this article. The informal economy is already estimated to cover some 30% to 80% of all employment. There can be many ways to view the informal sector from both an ethical and a regulatory standpoint, as recognized by the WEF itself.

Aside from blatantly illegal forms of employment, such as drug dealing and the manufacture of knock-off fashion products, much of the informal economy consists of enterprises that create value and help under-served populations through innovative activities that the formal sector doesn’t think of doing. But informal companies tend to be in geographic and economic areas that can’t take advantage of the advanced analytics and robotics diffusing through the formal sector. If the formal sector becomes radically more efficient, it may put the informal sector out of business, and the urgency of reskilling will be even greater.

Can companies make the shift?

I’ve talked a lot about the barriers to reskilling, whose importance lay at the center of the WEF report. In their industry profiles section they note a great deal of worry about finding skilled personnel. But there’s another looming problem: an enormous number of industries have trouble making the digital shift because they admit they don’t understand the opportunities.

I also wonder whether corporations will recognize the need for the new, creative roles—and even more important, whether their need for control and old-fashioned hierarchy will allow them to nurture and make positive use of people in such roles. Seventy percent of change programs fail to achieve their goals, largely due to employee resistance and lack of management support. Naturally, the topic is highly popular in the business literature. As an article in the Harvard Business Review points out, people don’t tend to resist technical changes, but do resist changes in social relationships. I take this to indicate that creating empowered and independent-minded staff is extremely threatening to management, who are likely to resist the changes needed for innovation.

So I see the future of work as uncertain. We all know where we’d like to go: a world of self-realized individuals contributing to a better life for all. The WEF report has seriously underestimated the hurdles that lie in our path. The WEF recognizes that corporations see reskilling as a burden, but the difficulty goes much farther—many managers will see it as a threat. Other forces in society may also be suspicious of empowered individuals.

Can society reap the benefits of automation? It will require more than an appeal to management to do a modest amount of reskilling. Advocates must reach out and present automation as a vision that’s more appealing to the general public than hanging on to old jobs and ways of relating. Touting the technical benefits of automation will not be enough to overcome fears, nor will it produce the kind of automation that goes beyond replacing workers. A change of such historic social impact must be presented as a social movement—and a non-partisan one. When ordinary people demand a new relation to technology, education, and the workplace, they may be able to redeem from the cocktail of analytics, devices, and big data a life of meaning and productive contributions.