What if we build the internet we always wanted? 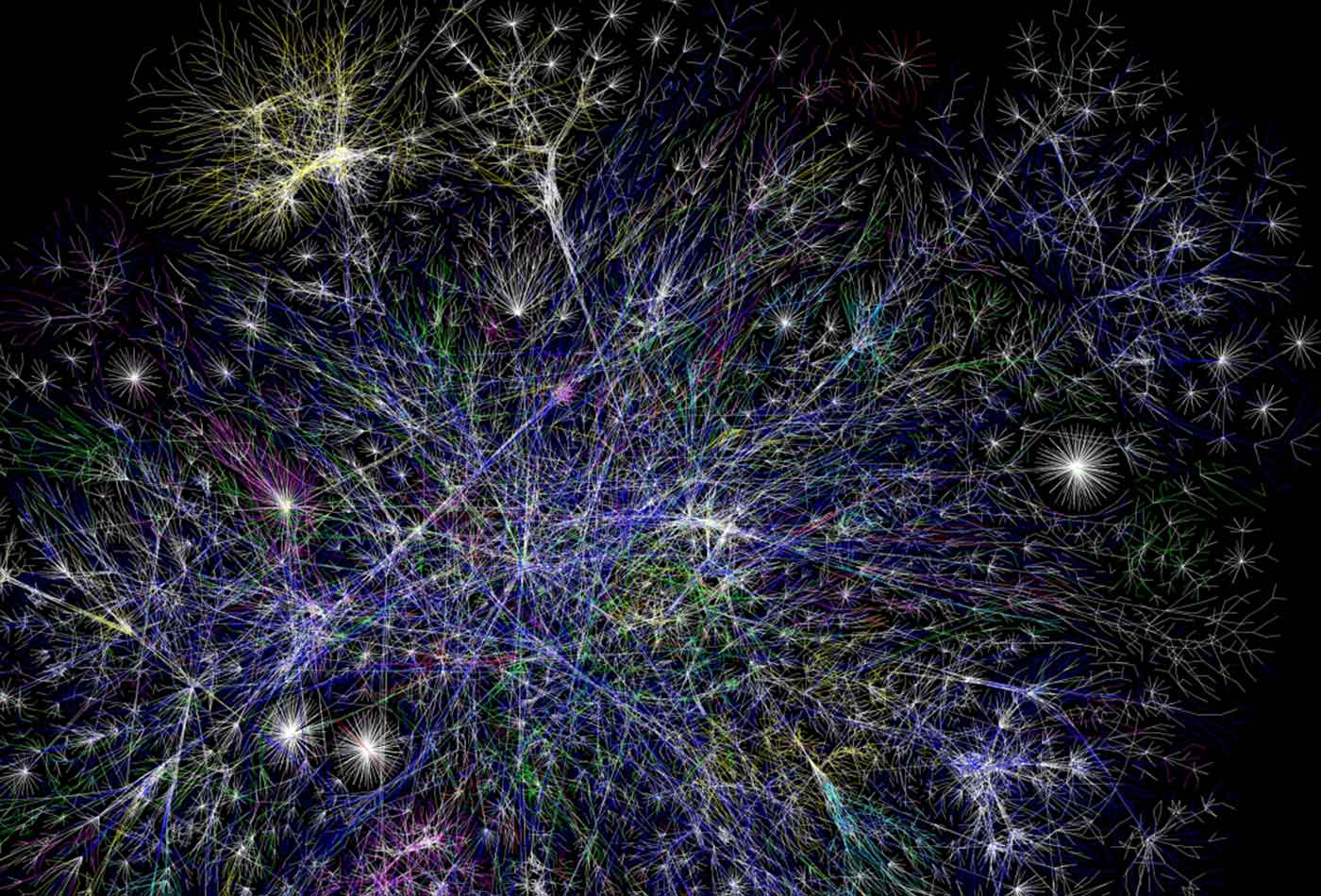 Partial map of the Internet based on the January 15, 2005 data found on opte.org. (source: The Opte Project on Wikimedia Commons)

On July 12, users of the internet united in the Battle for the Net, a protest against the FCC’s plans to abandon the principle of network neutrality. O’Reilly joined a diverse group of organizations to support the cause. And it’s not over: Submit your own comment by July 17 to make sure your voice is heard.

We don’t believe the internet is perfect—not by a long shot. Remember when the internet was going to usher in an age of peace and understanding because humans would be able to communicate with each other? It didn’t happen. The sludge of fake news is, in many corners of the internet, drowning out real news. Minorities and women who speak up on the internet can only do so if they’re willing to accept a flood of hate-speak. Earlier this year, Congress (unsurprisingly) gave our ISP monopolies the right to sell us to the highest bidder. Now, the FCC is doing away with network neutrality, which allowed creativity and freedom of expression, the best of the internet, to prosper.

Network neutrality means that ISPs like Comcast and Verizon can’t privilege one form of traffic over another: text must be treated the same as voice, the same as video, the same as whatever we invent in the future. (Virtual reality? Live high-bandwidth medical imaging?) They can’t privilege one form of traffic for any reason—whether it’s “we offer a video service, so we’ll limit our competition’s bandwidth,” “we would rather our customers consume the news on our feed,” or simply “your new service for streaming medical data looks like a success, and we’d like to give bigger bonuses to our executives.”

Over the years, I’ve watched networks built with the best of intentions be co-opted: by trolls, by advertisers, by spammers, by malware makers, and now by the network providers themselves. The damage has “always already begun”: trolling certainly existed on the ancient Usenet, as well as the original BBSs. And while it’s tempting to say this is a new crisis, it certainly isn’t: remember when every newsgroup on Usenet was flooded by porn spam? Those were not the days. At the same time, our networks have always been the breeding ground for free expression, from the silly to the wonderful.

Is it time to start over from scratch, with new protocols that were designed with security, privacy, and maybe even accountability in mind? Is it time to pull the plug on the abusive old internet, with its entrenched monopolistic carriers, its pervasive advertising, and its spam? Could we start over again? That would be painful, but not impossible. Painful, but perhaps necessary as the FCC gives the entrenched carrier monopolies more power to control, monitor, and sell what you see. Painful, but perhaps necessary as the FCC gives the monopolies the right to limit access to those who are willing to pay the price, a price that experimenters and independent artists most certainly won’t be able to afford.

In his deliciously weird novel Someone Comes To Town, Someone Leaves Town, Cory Doctorow writes about an alternative network built from open WiFi access points. It sounds similar to Google’s Project Fi, but built and maintained by a hacker underground. Could Doctorow’s vision be our future backboneless backbone? A network of completely distributed municipal networks, with long haul segments over some public network, but with low-level protocols designed for security?

We’d have to invent some new technology to build that new network, but that’s already started: I’ve been watching the return of peer-to-peer in Bitcoin and Blockchain, and in proposals for new protocols like IPFS and Upspin for filesharing. The Beaker Browser uses the Dat peer-to-peer network to combine web creation and web hosting, minimizing the need for centralized servers. And we’ve seen the rise of “federated” systems, like the Federated Wiki, which combines features of P2P and client-server, possibly the best of both worlds. Many of these projects flare up and die out quickly. That’s not a problem—that’s life in an open source world. What’s important is that these projects are starting, and that some of them will succeed.

Let’s not kid ourselves. This won’t be easy. We might have to give up a lot: Netflix, YouTube, all that high-bandwidth stuff. We’ve got goals that need to be balanced: is it possible to protect privacy and anonymity, while simultaneously requiring accountability and preventing the victimization of women and minorities? It’s a tough challenge, but one we have to meet.

It’s time to build the network we want, and not just curse the network we have. Crocker, Postel, Kahn, Cerf, and others did an amazing job, given the limitations of technology in the ’70s and ’80s, and given that they never anticipated how successful their work would be. But now it’s time to take the next step and build the network they would have built if they had seen how the internet would be abused. Can we build a network that can’t be monopolized by monopolists? Yes, we can.