Founders at Work: Stories of Startups' Early Days by

Get full access to Founders at Work: Stories of Startups' Early Days and 60K+ other titles, with free 10-day trial of O'Reilly. 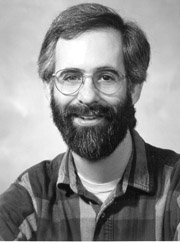 Dan Bricklin and his friend Bob Frankston founded Software Arts in 1979 to produce VisiCalc, the first electronic spreadsheet. Spreadsheets used to be made on paper. As a student at Harvard Business School, Bricklin thought how convenient it would be if they could be made on desktop computers instead. He wrote a prototype in Basic over a weekend, and then he and Frankston set about turning it into a product.

Get Founders at Work: Stories of Startups' Early Days now with the O’Reilly learning platform.