Web Client Programming with Perl by

Get full access to Web Client Programming with Perl and 60K+ other titles, with free 10-day trial of O'Reilly.

This appendix contains several tables that will be useful when negotiating HTTP content. Covered in this appendix are:

Whenever an entity-body is sent via HTTP, a media type must be sent using the Content-type header. Also, web clients can use the Accept header to define which media types the client can handle.

In URL-encoded data (as described in Chapter 3, Learning HTTP), any “special” characters such as spaces and punctuation must be encoded with a % escape sequence.

Clients can use the Accept-charset header to declare which character sets they are capable of handling.

Listed below are media types that are registered with the Internet Assigned Number Authority (IANA). According to the HTTP specification, use of nonregistered media types is discouraged.

The IANA media list is available in RFC 1700. A more readable document describing the assigned media types is available at ftp://ftp.isi.edu/in-notes/iana/assignments/media-types/.

A variety of methods is used to identify the media type of a document. The easiest method, but the least accurate, is to map well-known file extensions with a media type. For example, a file that ends in “.GIF” would map to “image/gif”. However, in usual practice, there is no verification that the file is in fact a GIF file.

A more accurate method would examine the structure or data format of the file and map it to a media type. For some media types, magic numbers allow this to happen. For example, all GIF files begin with the three uppercase letters of GIF, and all JPEG files begin with 0xFFD8 (hexadecimal notation). This method, however, is more time consuming.

Under some filesystems, media types may be mapped by examining the file type/creator attribute of the file. While this is easily achieved under MacOS's HFS, other filesystems (DOS, NTFS, BSD) do not have these file attributes.

When the client sends data to a CGI program using the Content-type of application/x-www-form-urlencoded, certain special characters are encoded to eliminate ambiguity. Table B-2 shows which characters are transformed and which are not transformed. For more information on URLs, see RFC 1738. 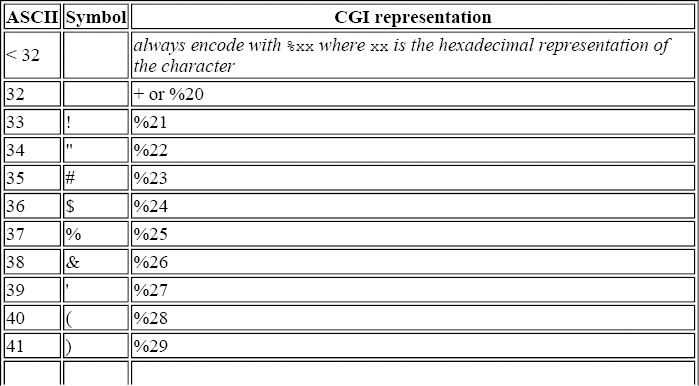 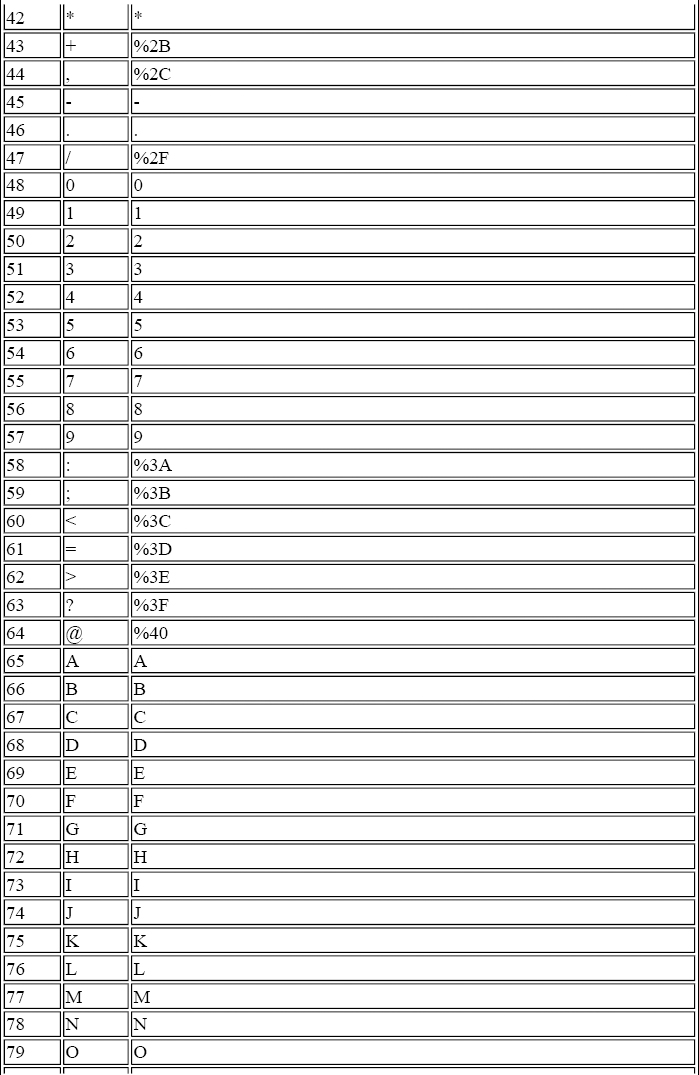 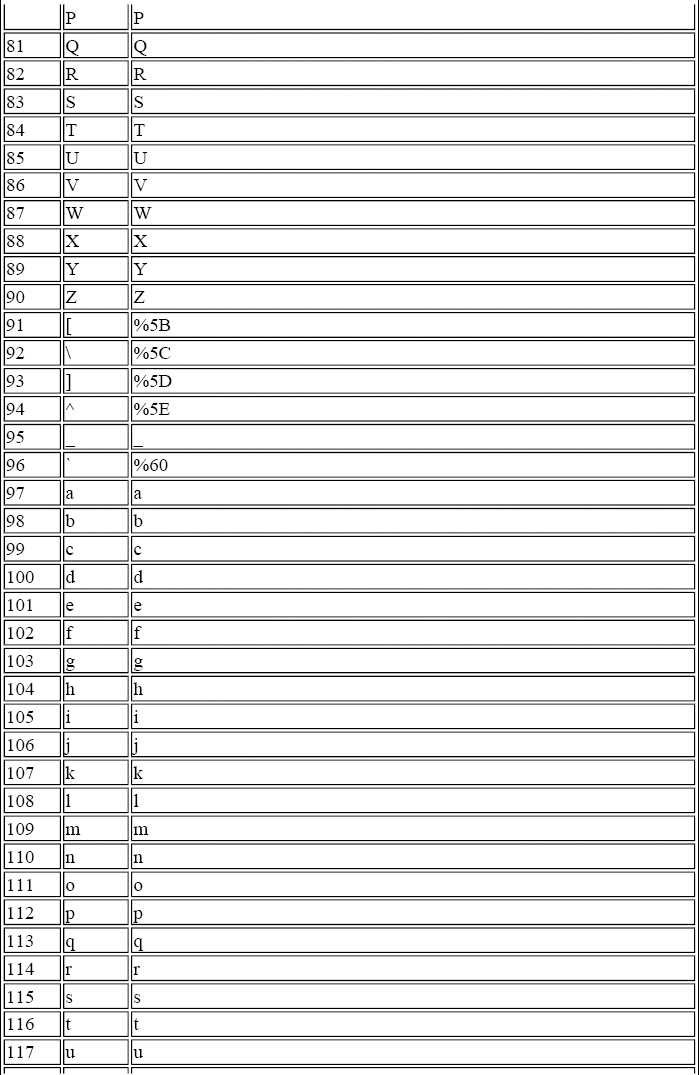 A language tag is of the form of:

where zero or more subtags are allowed. The primary-tag specifies the language, and the subtag specifies parameters to the language, like dialect information, country identification, or script variations. RFC 1766 contains the complete documentation of languages and parameter usage. The key values for the primary-tag and subtag are outlined in Tables B-3 and B-4, respectively.

Table B-4 lists the language subtypes as defined in ISO 3166.

Table B-5 lists the character sets that may be used with the Accept-language and Content-language HTTP headers. This list does not describe all of the possible character sets of international languages that can appear in the headers. For a comprehensive list of character sets, their aliases, and pointers to more descriptive documents, refer to RFC 1700. 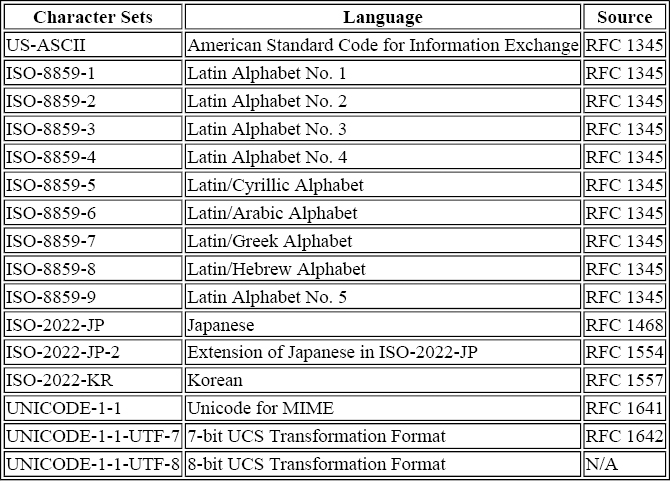 Get Web Client Programming with Perl now with the O’Reilly learning platform.