Get full access to Practical PostgreSQL and 60K+ other titles, with free 10-day trial of O'Reilly.

PgAccess is a graphical administration application for PostgreSQL. It is designed to be similar in function to PC database software, such as Microsoft Access. 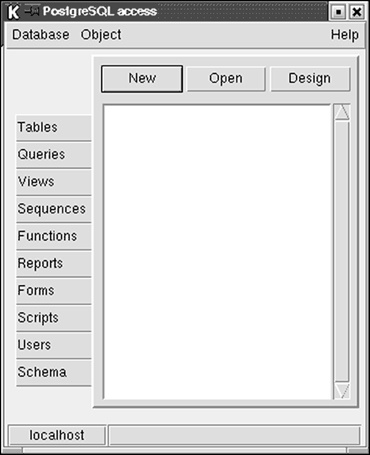 The interface allows you to view and modify various aspects of your PostgreSQL database using graphical representations of database elements, such as tables, queries, and views (among others). It can be a convenient escape from the sometimes tedious task of using the psql command line interface.

There are relatively few things you will need to do to configure PgAccess for use with PostgreSQL. Most importantly, make sure that Tcl/Tk is installed and configured properly.

Get Practical PostgreSQL now with the O’Reilly learning platform.