Welcome to InnerSource, the powerful movement for developing open source software within the walls of a single organization, where the "openness" of a project extends across teams inside the company. In this report, O’Reilly editor and author Andy Oram takes you inside InnerSource, first by reviewing the principles that make open source development successful, and then by describing how InnerSource has worked at PayPal, the leading Internet commerce facilitator.

PayPal’s path to InnerSource involved a series of large-scale corporate decisions that included a conscious shift in tools and corporate culture. Through InnerSource, the company not only achieved faster development and better quality, but also created an environment of cross-team cooperation that encouraged programmers to contribute to any of PayPal’s development projects.

You’ll learn specific advantages of the InnerSource strategy, including: 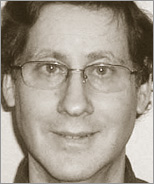 As an editor at O'Reilly Media, Andy Oram brought to publication O'Reilly's Linux series, the ground-breaking book Peer-to-Peer, and the best-seller Beautiful Code. Andy has also authored many reports on technical topics such as data lakes, web performance, and open source software. His articles have appeared in The Economist, Communications of the ACM, Copyright World, the Journal of Information Technology & Politics, Vanguardia Dossier, and Internet Law and Business. Conferences where he has presented talks include O'Reilly's Open Source Convention, FISL (Brazil), FOSDEM (Brussels), DebConf, and LibrePlanet. Andy participates in the Association for Computing Machinery's policy organization, USTPC. He also writes for various web sites about health IT and about issues in computing and policy.