Design and Analysis of Composite Structures: With Applications to Aerospace Structures, 2nd Edition by Christos Kassapoglou

Get full access to Design and Analysis of Composite Structures: With Applications to Aerospace Structures, 2nd Edition and 60K+ other titles, with free 10-day trial of O'Reilly.

Some of the milestones in the implementation of advanced composites on aircraft and rotorcraft are discussed in this chapter. Specific applications have been selected that highlight various phases that the composites industry went through while trying to extend the application of composites.

The application of composites in civilian or military aircraft followed the typical stages that every new technology goes through during its implementation. At the beginning, limited application on secondary structure minimized risk and improved understanding by collecting data from tests and fleet experience. This limited usage was followed by wider applications, first in smaller aircraft, capitalizing on the experience gained earlier. More recently, with the increased demand on efficiency and low operation costs, composites are being applied widely on larger aircraft.

Perhaps the first significant application of advanced composites was on the Akaflieg Phönix FS-24 (Figure 1.1) in the late 1950s. What started as a balsa wood and paper sailplane designed by professors at the University of Stuttgart and built by the students was later transformed into a fibreglass/balsa wood sandwich design. Eight planes were eventually built. 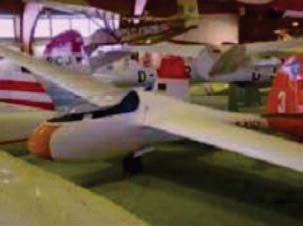 The helicopter industry was ...

Get Design and Analysis of Composite Structures: With Applications to Aerospace Structures, 2nd Edition now with the O’Reilly learning platform.