Make a Mind-Controlled Arduino Robot by

Get full access to Make a Mind-Controlled Arduino Robot and 60K+ other titles, with free 10-day trial of O'Reilly.

Now that we have every part working and tested, it should be easy to put it together, right? Wrong.

Even though reading constant stream of packets from the dongle works with LEDs, it’s a different case for turning the servos. LEDs, being semiconductors, take negligible time to change state. Servos move things that have mass, and are very slow compared to LEDs.

The previous attention routine assumed it will be called at suitable intervals. Here, we have to make an attention-reading function that can both be called very often and survive slight pauses. 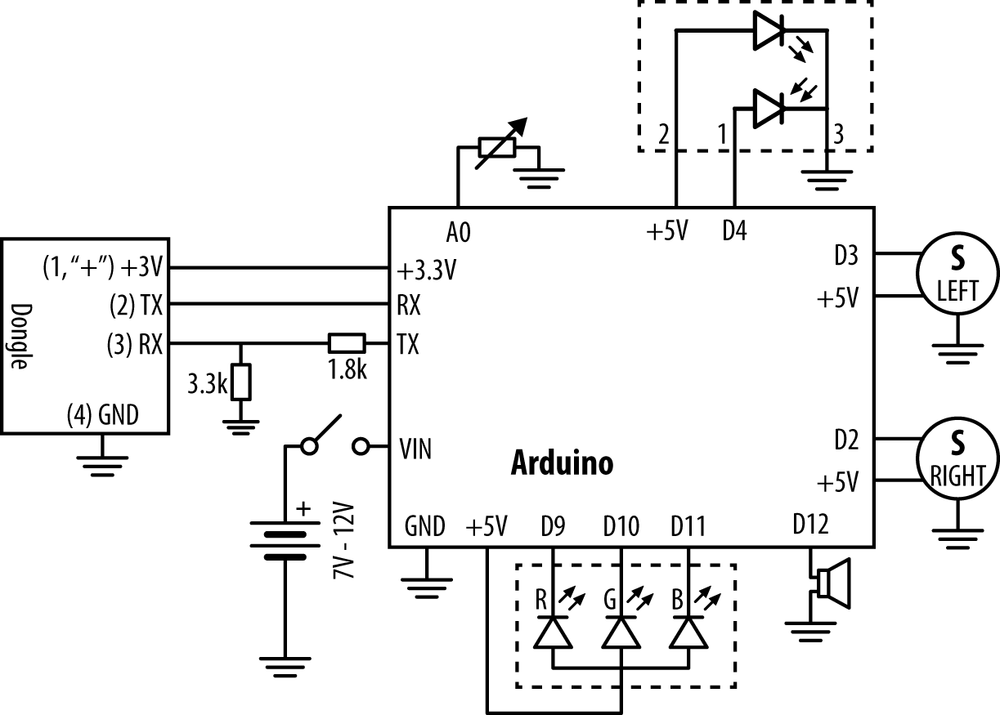 Get Make a Mind-Controlled Arduino Robot now with the O’Reilly learning platform.