Get full access to Brand Advocates: Turning Enthusiastic Customers into a Powerful Marketing Force and 60K+ other titles, with free 10-day trial of O'Reilly.

Justin Dorfman, a 26-year-old support engineer from Encino, CA, has bought thousands of dollars in computer gear over the past five years from CDW, an online IT retailer. But Dorfman is much more than a fiercely loyal CDW customer (see Figure 1.1). 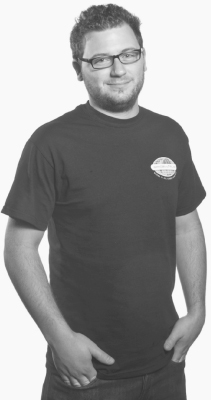 He's also one of their best marketers.

Dorfman, a self-described “hard-core CDW Advocate,” has helped the retailer sell hundreds of thousands of dollars in products by evangelizing the company to his colleagues and peers.

Dorfman, who uses the line “Making Websites Fly, One Customer at a Time” on his LinkedIn profile, recommends CDW on Twitter (@jdorfman, where he has 507 followers as of January 2012); by re-Tweeting CDW's content and deals; talking them up on his blog and on his personal website, Frugal IT; and on Spiceworks, an online community for IT professionals, where he created an “I

He's even become Facebook friends with CDW Senior Account Manager Matt Cipolla. “We even know each other's girlfriend's names. You're just not going to get that from other companies,” says Dorfman.

CDW has never paid Dorfman for his advocacy. They've never given him discounts, T-shirts, or online badges. Dorfman advocates CDW because ...