Get full access to WebLogic: The Definitive Guide and 60K+ other titles, with free 10-day trial of O'Reilly.

WebLogic provides a standalone Java tool called the Node Manager, which is responsible for managing the availability of all Managed Servers running on a machine. It runs as a dedicated process on a machine, either as a daemon on a Unix machine or as a service on the Windows platform. It provides a way to automatically restart Managed Servers in the case of failure, and even handles servers that are in a “failed” state. A Node Manager also lets the Administration Server remotely start, kill, and monitor Managed Server instances. A single Node Manager process should run on every machine that hosts Managed Servers. When the Node Manager boots a server, it creates a separate process for that server, just as if you had run the startManagedWebLogic script on that machine.

Figure 13-5 illustrates the role of Node Managers in a domain. 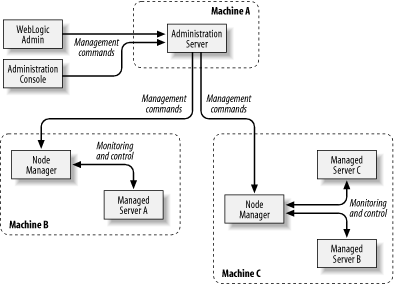 Figure 13-5. Node Managers act as agents to the Administration Server

Get WebLogic: The Definitive Guide now with the O’Reilly learning platform.