The Agile Samurai by

Get full access to The Agile Samurai and 60K+ other titles, with free 10-day trial of O'Reilly.

Kanban is a card-based signaling system Toyota developed to coordinate the replenishment of parts on its assembly lines. It’s very similar to our storyboard with a few key differences. 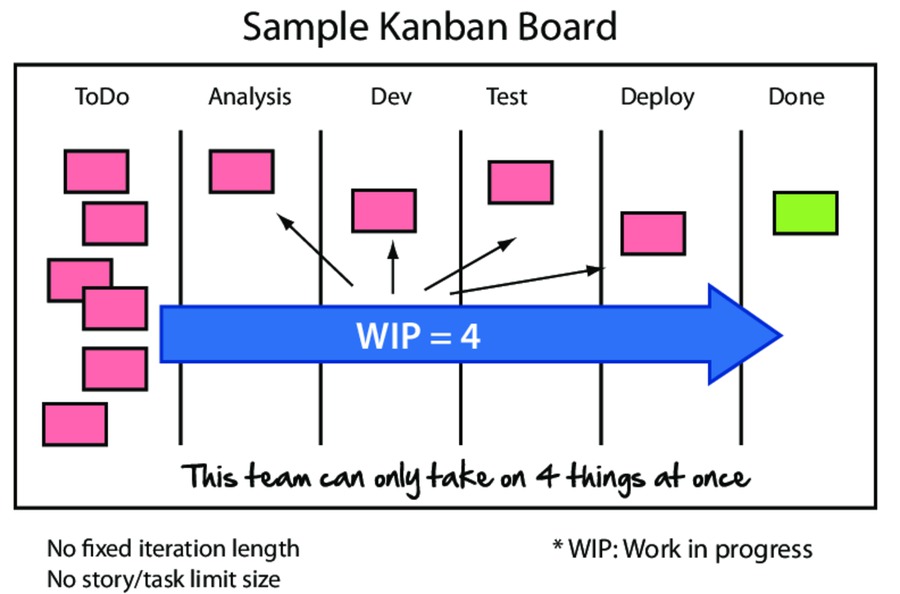 For one, in Kanban work is limited by a concept called work in progress (WIP). A team is only allowed to work on a finite number of things at once.

For example, if the team can handle only four things at once, then their WIP becomes four. Anything else that needs to be done gets thrown on the back burner and prioritized, and the team gets to it when they get to it.

The other thing that is different is that Kanban doesn’t require iterations. You can ...

Get The Agile Samurai now with the O’Reilly learning platform.