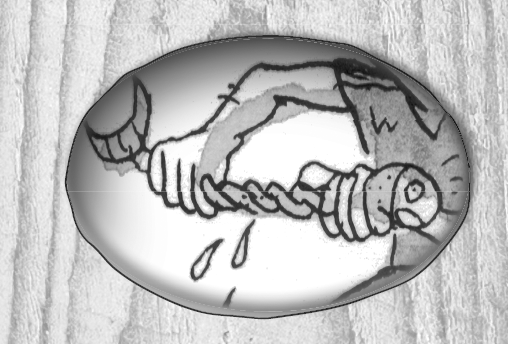 Traditionally islanders drew their drinking water from the mountain streams and carried it to their huts in whatever vessel they could fashion.

As a result, most people didn't live or work very far from the water supply. Poor access to water also made farming very difficult. These realities limited the island's overall productivity.

One year, a terrible drought descended and dried up many of the mountain streams. The hardship just about wiped everybody out.

The islanders searched for a solution that could prevent such a calamity in the future. 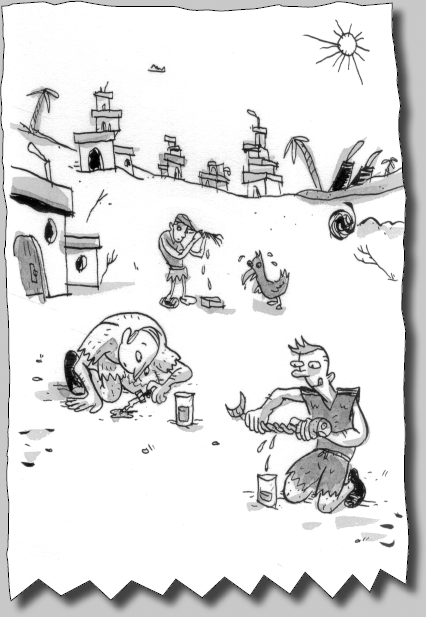 The fertile mind of Able Fisher V (Able's great-great-great-grandson) tackled the problem. He noticed that rain runoff collected in ponds. Taking his cue from nature, he devised a runoff and reservoir system where rainwater could be collected and stored for future use. But this would be a big project, furnishing the entire island with water. 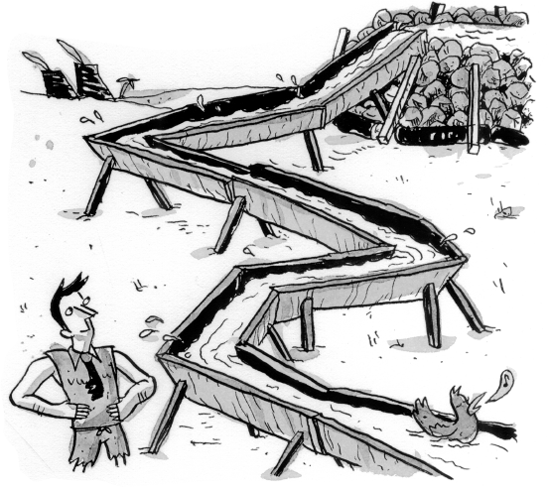 As Able V conceived it, the Water Works project would require working capital of 182,500 fish...enough to support a crew of 250 men for two years while they labored. He went to Manny Fund for a loan. Manny loved the idea but he just didn't have enough fish. Fearing the worst, Able ...