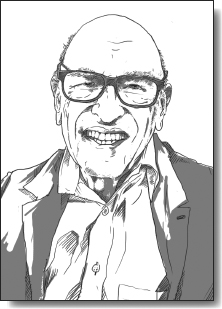 What does not destroy me, makes me stronger.

Walter J. Schloss founded Walter J. Schloss and Associates in 1955. A student of Benjamin Graham, the father of value investing, Schloss had been finding undervalued securities in America since the 1930s. Having served as a securities analyst at the Graham-Newman Partnership in 1946, Schloss started his own fund when Graham decided to retire in 1955. Schloss’s son Edwin joined the fund in the late 1960s, prompting an official name change in 1973 to Walter & Edwin Schloss Associates.

Charging no management fees but taking a 25 percent share of the profits, Schloss started off with $100,000 capital. At one point, the fund grew to roughly $350 million. From 1956 to 2002, it generated a 16 percent compound return annually (roughly 21 percent before profit sharing) versus the 10 percent per annum generated by the Standard & Poor’s (S&P) 500.

Although a difference of 6 percent may not sound like much, the magic of compounding means that over this 46-year period, a $10,000 investment in the S&P 500 would have generated close to $900,000, whereas a Schloss investor would have made close to $11 million on the same investment.

A chartered financial analyst since 1963, Schloss was also the treasurer of Freedom House, a Washington, DC–based ...