CHAPTER 5: A Journey to the Center of Value 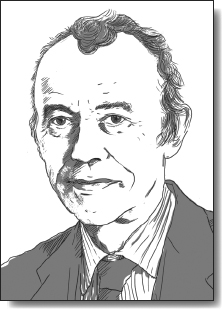 If you would be a real seeker after truth, it is necessary that at least once in your life you doubt, as far as possible, all things.

Jean-Marie Eveillard is a French-born value investor who managed the First Eagle Global Fund (originally known as the SoGen International Fund) from 1979 to 2004. Over his 26 years of portfolio management, he generated an investment return of 4,393.08 percent, or 15.76 percent annually. During the same period, the Global Fund’s benchmark index, the MSCI World Index, returned 1,514.25 percent, or 11.29 percent per annum.

In addition to First Eagle’s notable Global Fund, Eveillard also managed the firm’s Overseas and Gold Funds from their inception in 1993 until his retirement in 2004. The Overseas Fund, which invests in equities outside of the United States, returned 357.58 percent, or 14.36 percent per annum. Its benchmark index, MSCI EAFE, returned 83.54 percent, or 5.5 percent annually, during the same period.

Eveillard is highly respected in the investment industry, and his achievements were formally recognized by Morningstar in 2001 when he received its International Manager of the Year Award. In 2003 he was one of two recipients of the organization’s Fund Manager Lifetime Achievement Award. According to Morningstar, the award “recognizes mutual ...