CHAPTER 2: Once Upon a Time on Wall Street 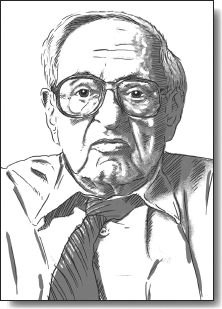 Irving Kahn is the chairman of Kahn Brothers Group, an investment management and advisory firm that he founded in 1978 with his two sons, Alan and Thomas.

One of the early attendees of Benjamin Graham’s class on security analysis in the late 1920s, Kahn became Graham’s teaching assistant in 1931. He then worked closely with Graham over the next 25 years until the great teacher decided to retire in 1956.

Kahn is a founding member of the New York Society of Security Analysts (NYSSA) in 1937 and the Financial Analysts Journal in 1945. He also became a chartered financial analyst (CFA) in 1963, when he was among the first group of applicants to take the CFA exam administered by the Institute of Chartered Financial Analysts, the predecessor of today’s CFA Institute. He has served as a director of Grand Union Stores, Kings County Lighting, West Chemical, and Wilcox & Gibbs.

At the time of writing in late 2011, Kahn was 106 years old. Currently the oldest active money manager on Wall Street, he is undoubtedly among the earliest practitioners of security analysis, if not one of the first value investors of the twentieth century.