The Binary Star pattern configures two servers as a primary/backup high-availability pair (Figure 4-6). At any given time, one of these (the active server) accepts connections from client applications. The other (the passive server) does nothing, but the two servers monitor each other. If the active one disappears from the network, after a certain time the passive one takes over as active. 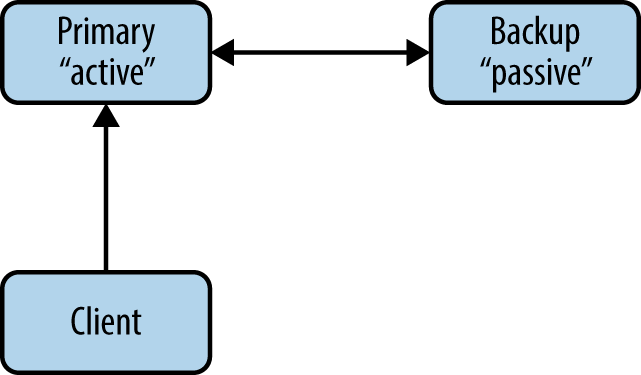 We developed the Binary Star pattern at iMatix for our OpenAMQ server. We designed it:

Assuming we have a Binary Star pair running, here are the different scenarios that will result in a failover (Figure 4-7): 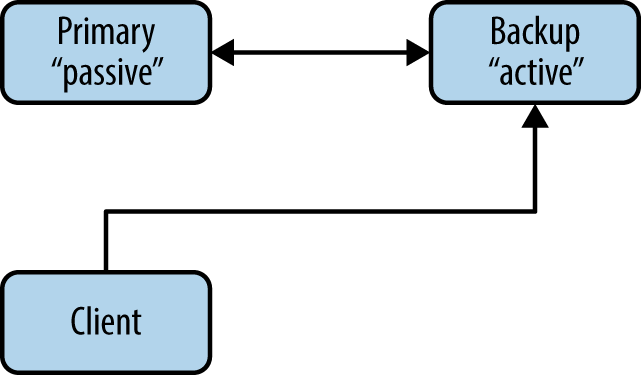 Recovery from failover works as follows:

Recovery (to using the primary server as the active one) is a manual operation. Painful experience has taught us that automatic recovery is undesirable. There are several reasons:

Having said this, the Binary Star pattern will automatically fail back to the primary server if this is running (again) and the backup server fails. In fact, this is how we provoke recovery.

The shutdown process for a Binary Star pair is to do one of the following:

Stopping the active and then the passive server with any delay longer than the failover timeout will cause applications to disconnect, then reconnect, and then disconnect again, which may disturb users.