Get full access to Extreme Toyota: Radical Contradictions That Drive Success at the World's Best Manufacturer and 60K+ other titles, with free 10-day trial of O'Reilly.

5.4. Customizing the Yaris for Europe

The Yaris was the first Toyota whose appearance was designed in Europe, by a European designer, specifically for the European market (Figure 5.2). When it was launched, its curvaceous exterior appealed instantly to European tastes. BusinessWeek praised the Yaris for its Mediterranean look: "Thanks to its new design studio in southern France, near Nice, Toyota's recent models look distinctly Mediterranean. Its whimsical Yaris, which starts at $12,000, exudes Latin flair with its cute snout and peppy stance."[] 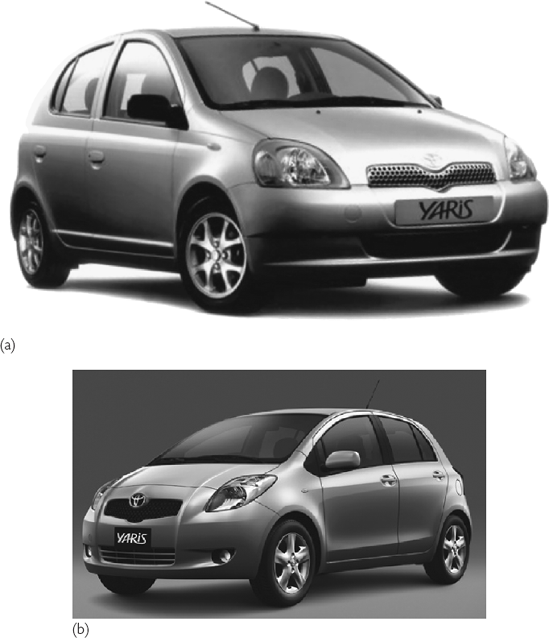 In addition to a stylish exterior, the Yaris offered more advanced technology, greater safety, and roomier interiors than its European competitors, setting new benchmarks in its class. Its low emission, fuel-efficient engine was the best in that market segment—a 16-valve engine with intelligent variable-valve timing usually found only in more expensive cars. For safety-conscious Europeans, the Yaris ushered in a new safety standard for small cars by introducing dual air bags.[] This level of technology and safety was unusual in the highly cost-competitive class of cars in which the Yaris competed. Consequently, the car was a hit in Europe, competing successfully against the VW Polo, the Ford Fiesta, the Peugeot 206, and the Renault ...

Get Extreme Toyota: Radical Contradictions That Drive Success at the World's Best Manufacturer now with the O’Reilly learning platform.