Get full access to Practical Internet Groupware and 60K+ other titles, with free 10-day trial of O'Reilly. 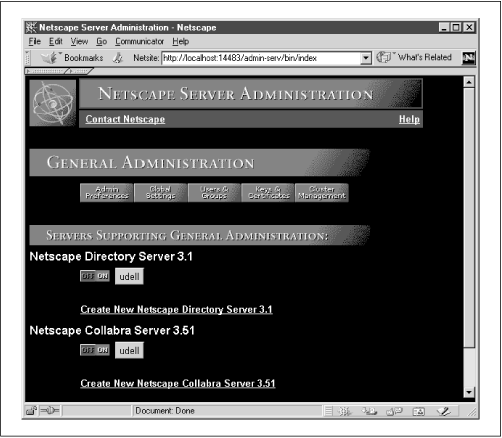 SuiteSpot server administration is web-based. You access the Administration Server on a port that it selects randomly when it installsâin this example, 14483. All communication paths can be SSL-encrypted. ...

Get Practical Internet Groupware now with the O’Reilly learning platform.