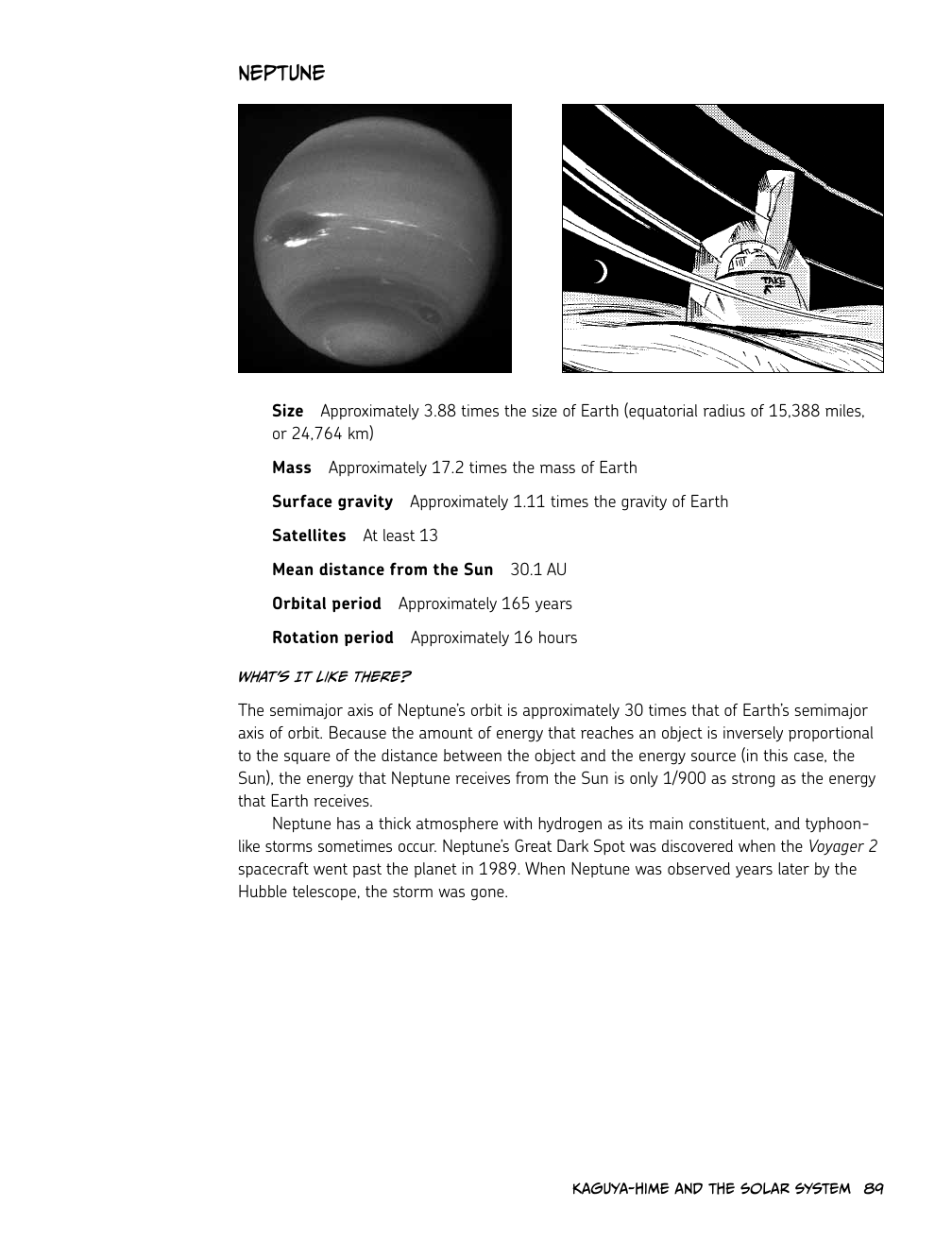 Kaguya-hime and the Solar System 89
Neptune
Size Approximately 3.88 times the size of Earth (equatorial radius of 15,388 miles,
or 24,764 km)
Mass Approximately 17.2 times the mass of Earth
Surface gravity Approximately 1.11 times the gravity of Earth
Satellites At least 13
Mean distance from the Sun 30.1 AU
Orbital period Approximately 165 years
Rotation period Approximately 16 hours
What’s It Like There?
The semimajor axis of Neptune’s orbit is approximately 30 times that of Earth’s semimajor
axis of orbit. Because the amount of energy that reaches an object is inversely proportional
to the square of the distance between the object and the energy source (in this case, the
Sun), the energy that Neptune receives from the Sun is only 1/900 as strong as the energy
that Earth receives.
Neptune has a thick atmosphere with hydrogen as its main constituent, and typhoon-
like storms sometimes occur. Neptune’s Great Dark Spot was discovered when the Voyager 2
spacecraft went past the planet in 1989. When Neptune was observed years later by the
Hubble telescope, the storm was gone.